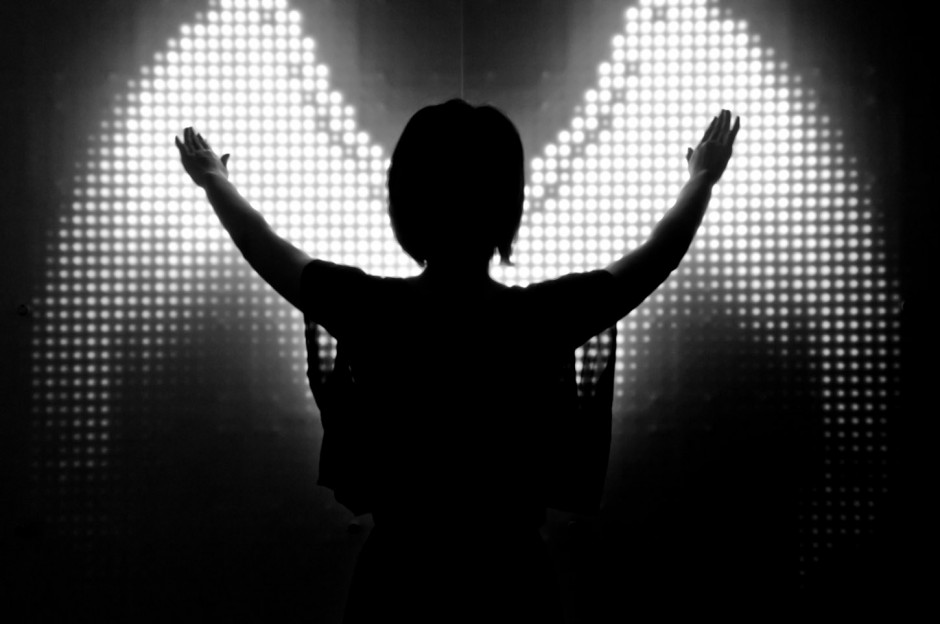 “Ice Angel” is an interactive artwork providing the participants a glimpse of themselves depicted in angelic form. Inspired by the way children create snow angels in fresh snow, Ice Angels introduces the digital twist of being a performance portrait device that pairs the participant to their angel identity. 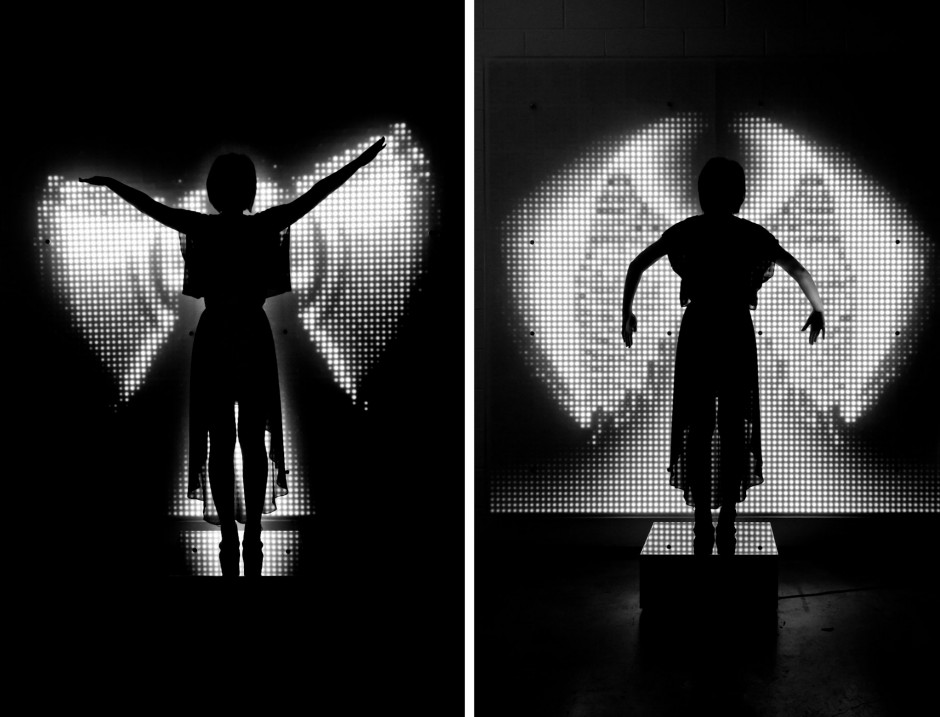 Ice Angel combines human performance and emotion within the surreal construct of an interactive artwork. It is experienced through the participation of the viewer who adopts the role of performer. Through this role reversal a curious thing happens in which the viewer is now the subject of a living portrait, with their hidden “angel” revealed for all to see. As the user moves their arms a new wing shape appears, unfurling from the shoulders, creating the angel traces within virtual snow. The wings are created dynamically and are linked to the participant, creating a performance proportional to the user’s physical extents. The artwork has a ‘memory’, capturing a hidden view of the participant and their angel wings, and this specific angel identity remains linked to that participant in any future encounters with the artwork. The merging of the mythology of angels and the natural phenomenon of light travelling to earth creates an intriguing intersection. An angel’s form is inherently human, yet an angel always originates from elsewhere. In modern terms, light is our messenger, as telescopes use light to capture new aspects of the universe. It is with this symmetry that Ice Angel exists, but the artwork itself is defined by the interaction it creates. 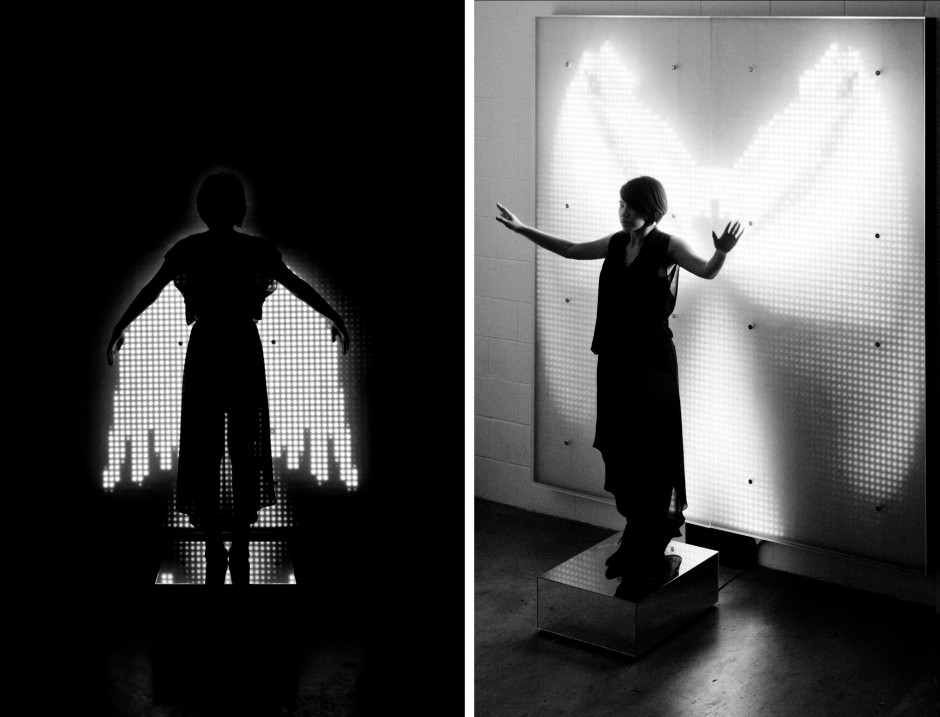