This compendium explores how digital media is shaping cities today and in the years to come. It illustrates ground breaking use of light and media in urban environments through 36 projects that were finalists for the Media Architecture Biennale awards in 2014 and 2016. The projects span five categories: Animated Architecture; Money Architecture; Participatory Architecture & Urban Interaction; Spatial Media Art; and Future Trends & Prototypes. The projects range from autonomous drones by Ars Electronica, shopping centres in China by UNStudio, art installations visualising climate change by Roosegaard Studio, to many more temporary and contemporary media architecture interventions.

The projects are supplemented by essays from leading thinkers in the fields of media architecture and digital placemaking, sharing their insights and visions on how new paradigms such as the internet of things, big data and responsive environments will transform our cities. The book is the third publication of the Media Architecture Institute, which holds offices in Vienna, Sydney, Beijing and Toronto and summarises the research and findings of the Media Architecture Biennale events 2014 in Aarhus and 2016 in Sydney. 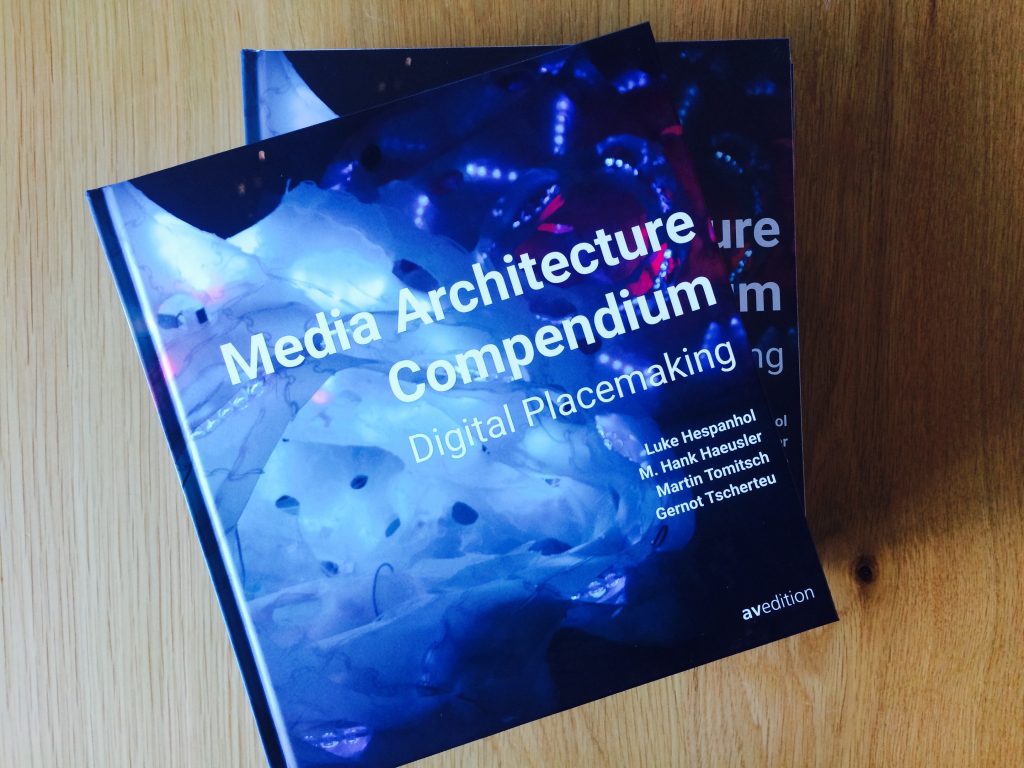