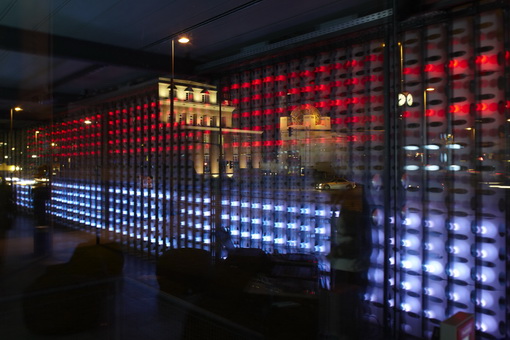 What could a facade only concerned with cultural issues do, how might it look like and how could it challenge commercial advertising-surfaces? An experimental setup to provide an answer has been displayed at the Kunsthalle Project Space in Vienna. Three properties that differ severely from commercial displays have been realized: the screen is transparent, it gleams its image to both of its sides the inside an outside at once, it offers a non-homogenic resolution. Once realized it produces kinetic and perspectively effects in the very substrate of the medium itself. 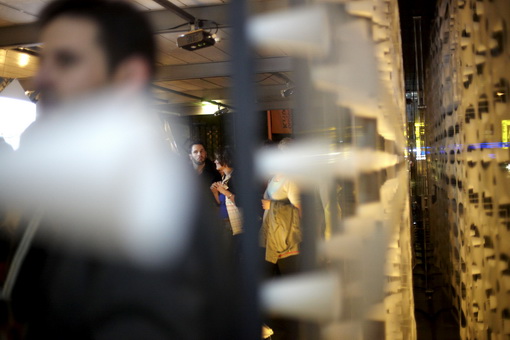 The classical architectural ornament of the diffuser layer, a laser cut parametric design pattern, gets an overlay by pixel animation and group interaction. As the designer is confident that what he calls the upcoming “urban mass media” shows an urgent demand not simply for appropriate content but more over for a “new ornamental iconography”. 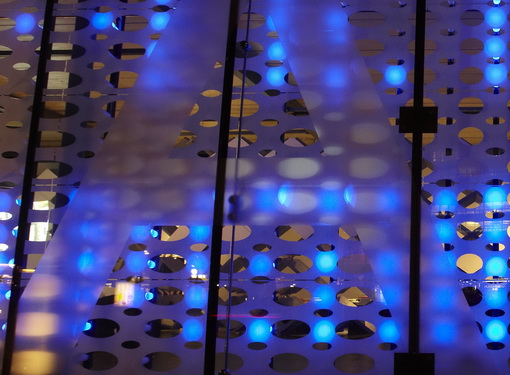