The Media Architecture Biennale 2014 is drawing near. Architects, designers and artists meet with academia and industry, when the world’s premier media architecture event takes place on 19-22 November in Aarhus, Denmark, with a pre-event in Copenhagen. Across professions and nationalities, participants will create and discuss the media architecture of the future. And they will investigate how media architecture shapes people’s lives in the cities of the world.

The biennale brings together people and organizations that work with media and the built environment: With media facades, with urban screens and with buildings that communicate – be it with colourful LEDs, flashing light bulbs, or with heat-sensitive concrete that ’freezes’ the shadows of passers-by. 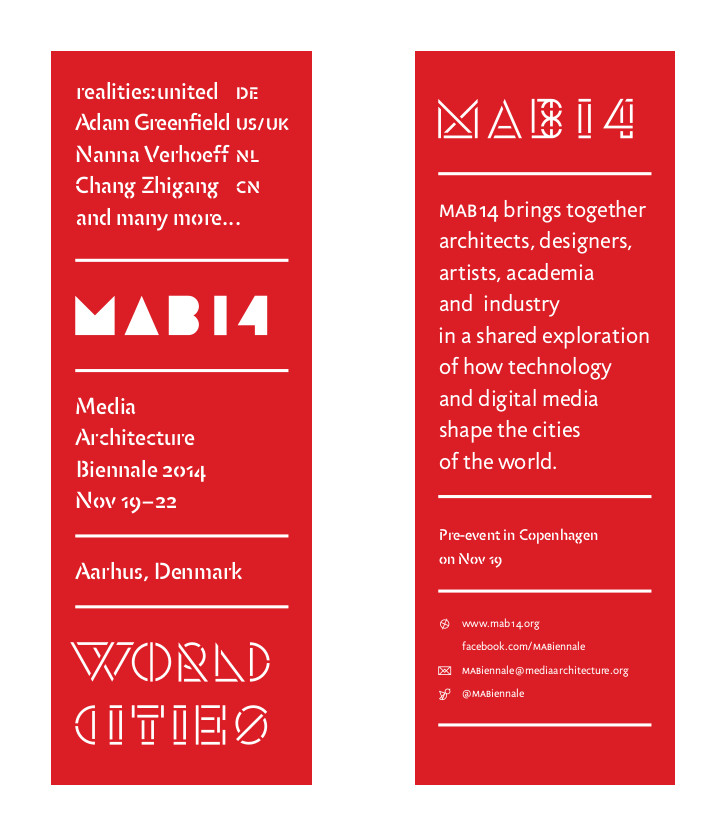 Media architecture is an increasingly important digital layer in cities all over the world. It is a part of shopping malls, casinos, digital signs and commercials. And it holds great potential as mouthpiece for public voice and a peephole into the heart of government. The latter is the case when citizen reports and the municipality’s case handling are visualized on Aarhus’ notable city hall tower during the Media Architecture Biennale 2012. It is also the case, when people in the streets of Berlin are invited to show their own animations using 144 lit-up windows in a central high-rise building, which happened in the iconic project Blinkenlights.

No matter if it is in Aarhus, Copenhagen or Berlin – or in São Paulo, Sydney or Beijing – media architecture augments public space and creates new settings for life in the city. These new settings will be the focus of the Media Architecture Biennale 2014.