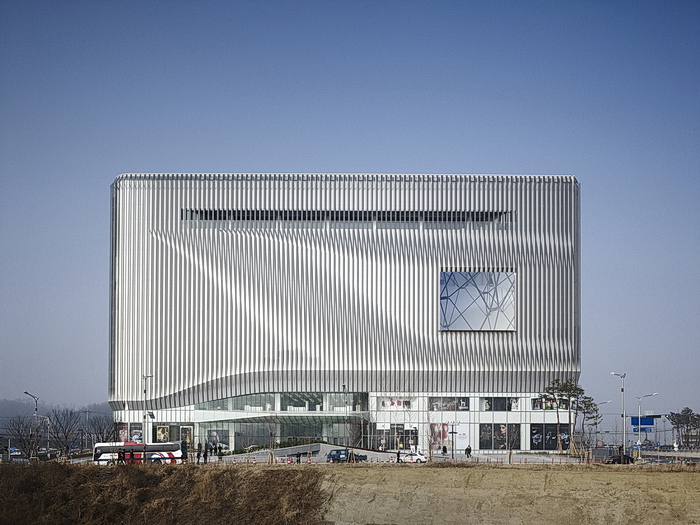 Galleria Centercity marks the entrance to a new development area in Cheonan, South Korea and will play a major role in the new urban development. The strategy for the building enclosure consists of creating an optical illusion. The façades feature two layers of customized aluminium extrusion profiles on top of a back layer of composite aluminium cladding. The vertical profiles of the top layer are straight; but those of the back layer are angled. This results in a wave-like appearance, which changes with the viewpoint of the spectator (Moiré effect). During the day the building has a monochrome reflective appearance, whilst at night soft colours are used to generate waves of coloured light across the façade. The lighting design capitalizes on the double layered façade structure. 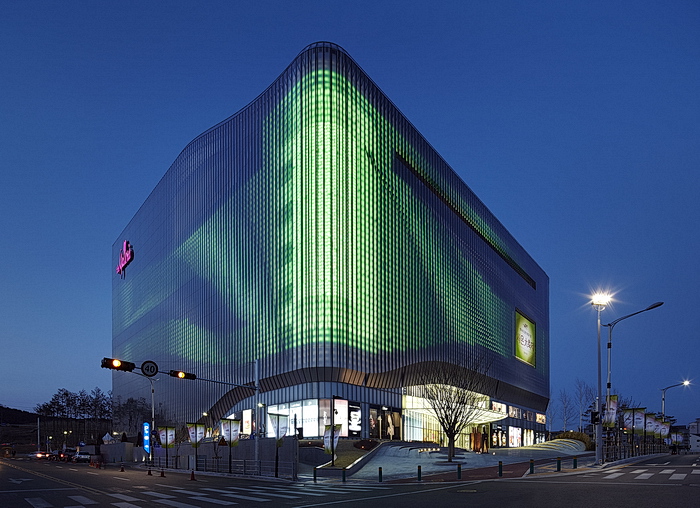 At the corners of the building the low resolution media walls fluidly turn into a high resolution zone, capable of displaying information with more detail. The façade animations were also designed by UNStudio and refer to the themes related to the department store: fashion, events, art and public life. A computer system randomly shuffles preselected clips and transitions. Special effects are created considering saturation, rhythm and location on each of the façades. The optical illusion is omnipresent at night time, when the lighting projections cause the vertical mullions of the back wall to disappear. When seen from a distance the visuals on the large canvas are sharp and recognizable, whereas from within the direct vicinity these appear dissolved and cause the building to glow. 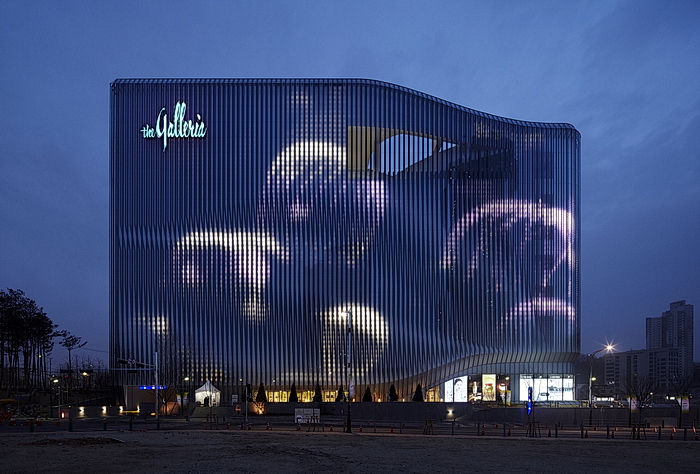 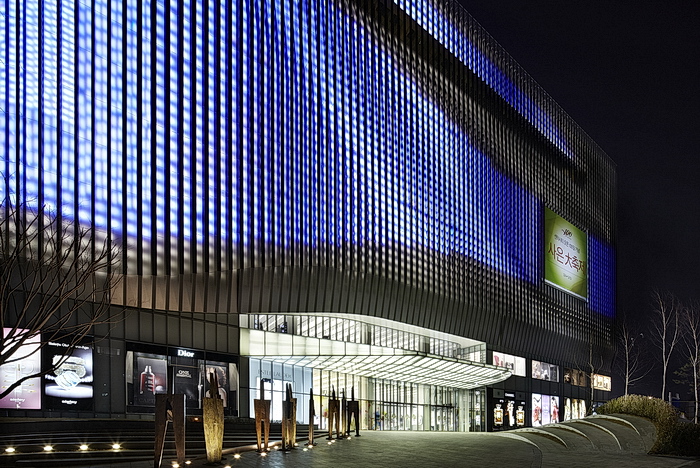