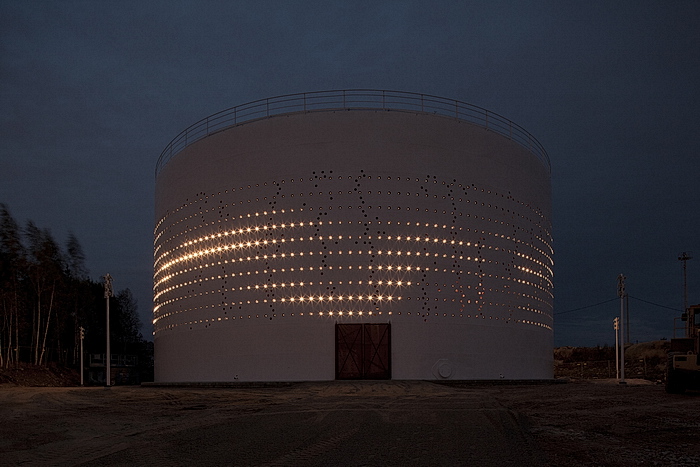 Large scale permanent light art installation and a new civic space for city of Helsinki has been created by the sea in the former industrial area of Kruunuvuori. The piece uses natural light as well as parametrically controlled white LED lights to suggest a connection to its surroundings in real time. Officially launched on 10th October 2012 the light art intervention signifies the start of a large urban redevelopment of the area into modern residential zone for 11000 people. 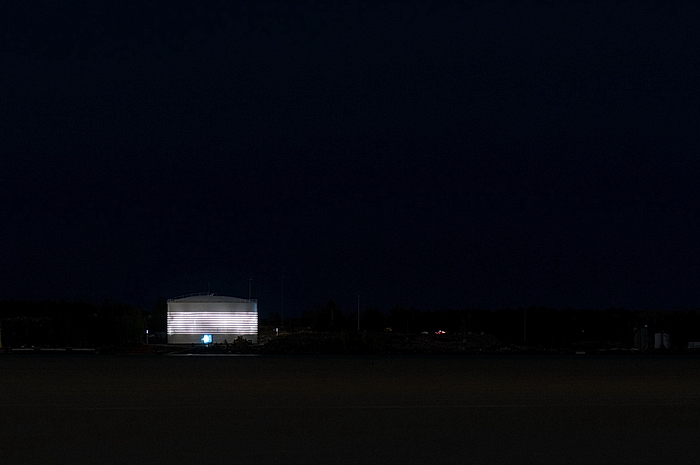 Architectural lighting design firm LDC (Lighting Design Collective S.L.) was awarded a prize to realize a permanent urban light art piece in Helsinki, Finland – an official project for Helsinki World Design Capital 2012. The art piece converts a disused oil silo into a wondrous light display and a civic space. Public will gain access to the vast interior of the 35m diameter 16 meter tall steel silo which will be dark red inside. Sunlight will fill the space with dappled shadows creating a spectacular daytime space. At night 1280 white LED´s flicker and sway on the surface of the silo controlled by a bespoke software mimicking swarms of birds in flight – a reference to silo´s seaside location. The prevailing winds, well known to those living in Helsinki, are used to trigger different light patterns in real time. ‘The enduring fascination of the complex movement of light and the amazing location by the sea will make this a captivating experience for the visitors and the residents of Helsinki’ Tapio Rosenius the Director of LDC say. Silo 468 is placed in the future district of Kruuunuvuorenranta, a new city development of Helsinki. Itwill be both a cosy residential area and an attractive recreational area for all Helsinki inhabitants. 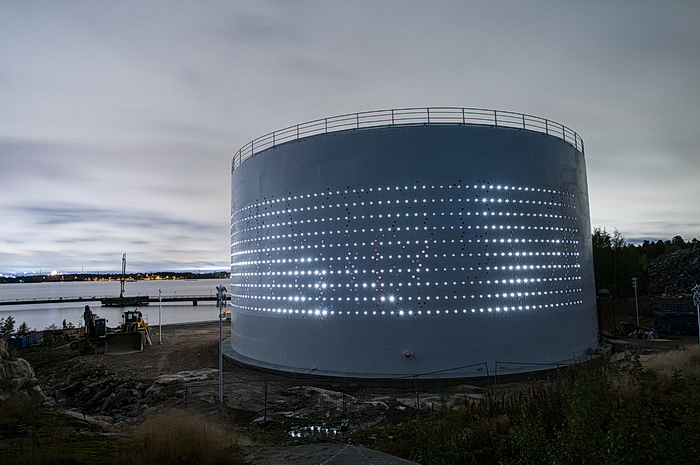 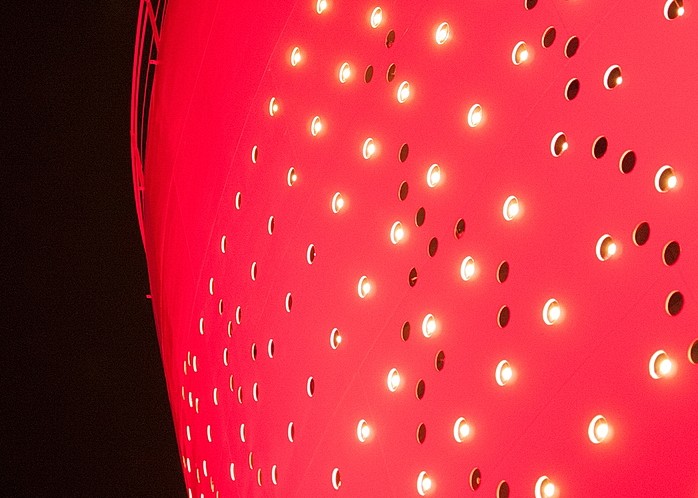