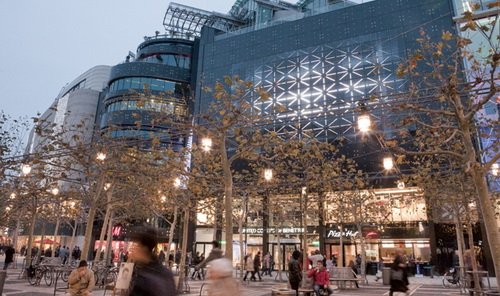 The shopping mall Zeilgalerie is famous well beyond Frankfurts city limits and since its existence has formed a central part of the town centre of the city. The commission includes the comprehensive redesign of the façade and the public areas of the interior.The most significant feature of the redesign is the complexly composed façade with its dynamically programmed light orchestration. The softly pulsating light ornamentation of the media façade includes a large variety of aesthetic light images: Clear-cut geometrical patterns transform fluently into organic interplays of light and shadow; delicate linear accents alternate with striking large-scale effects. The interplay of several diversely designed façade levels makes for fascinating overlaying effects and visual depth.The interior design concept takes up the original idea of a vertical urban structure and realises it in a contemporary visual design idiom. 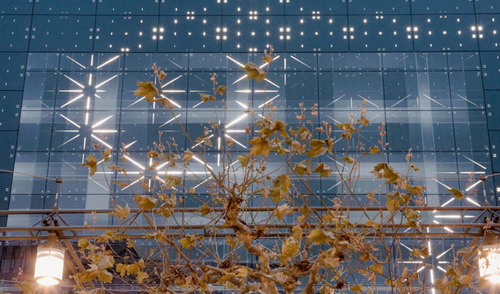 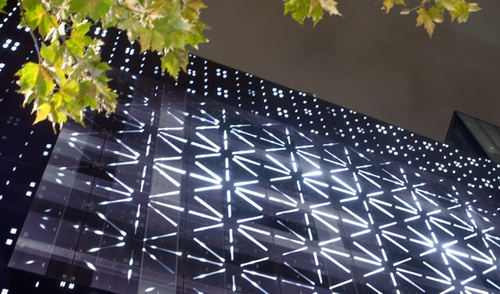