MAI is part of “Connecting Cities”

We approach our vision of Connecting Cities 2012 – 2016 through three scenarios: Networked City 2013: The European cities can be connected through Urban Media Facades, which provide space for intercultural encounters and exchange. Participatory City 2014: Through the use of interactive technologies, the European citizens participate directly in artistic Urban Media projects. They play an active role instead of being passive consumers. Visible City 2015: Urban Media Facades are the interfaces and membranes that absorb, analyse and display societal flows and processes in real-time. The digital sensor networks and infrastructures that underlie our daily life become visualised. 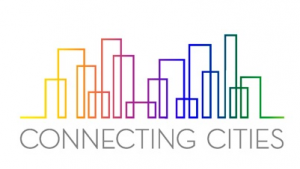 Connecting Cities Network is funded by the Culture Programme 2007-2013 of the European Union.