LowRes – Interactive installation at the luminale 2014 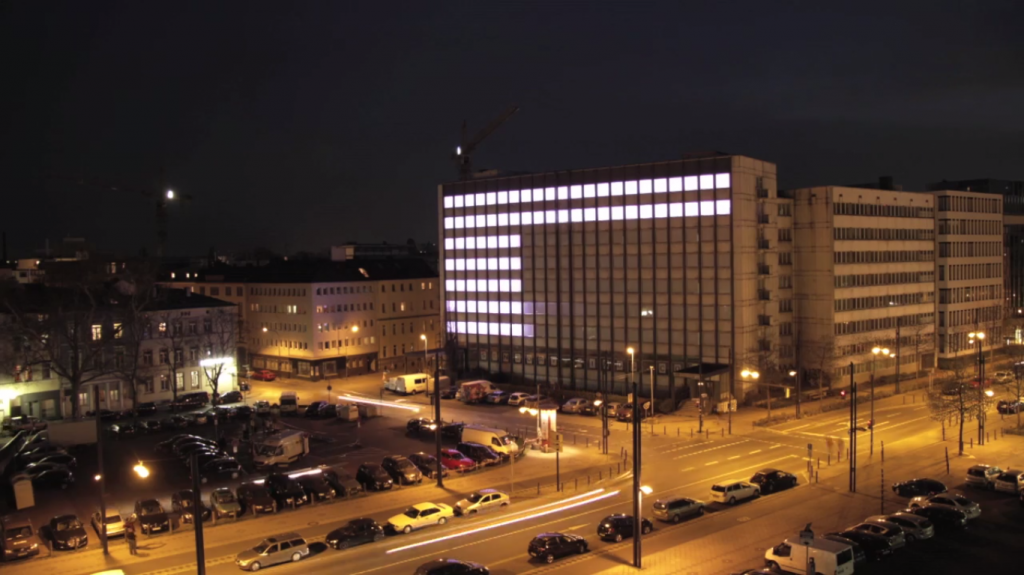 LowRes is an interactive installation that used color spotlights to turn the facade of a decaying building into a media facade. It used a simple technical solution to turn the windows into pixels and create interactions with the spectators. The installation was created by SENSORY-MINDS for the Luminale 2014. For the realization of the project the team found a building that was at risk of collapsing and thus vacant. The building, located at Offenbach am main, offered the perfect conditions for the realization of such installation, as the evenly distributed windows could be turned easily into huge pixels. This particular characteristic was used by the team to create a low-resolution media facade that could be controlled interactively by the spectators. 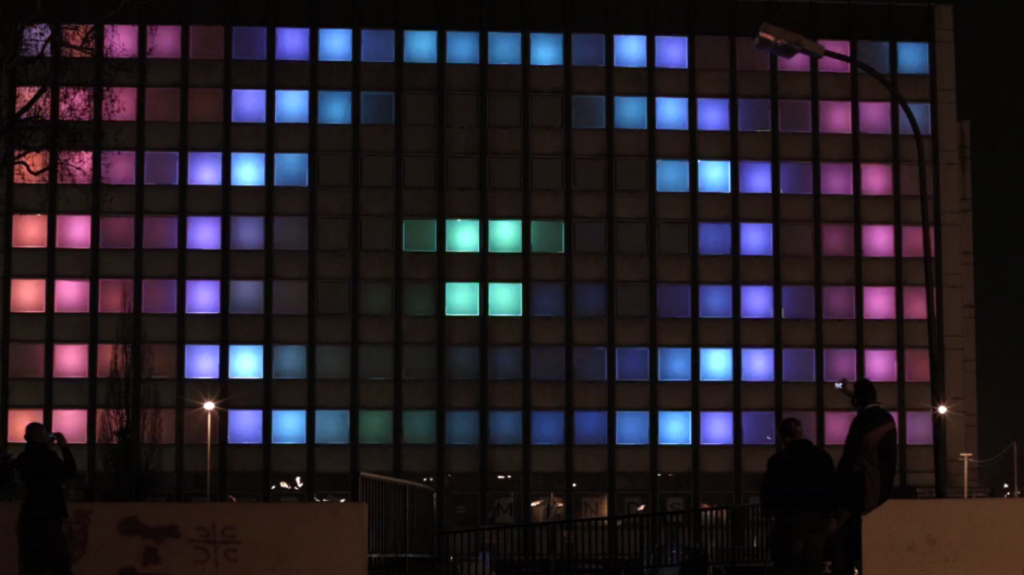 The low resolution, however, was enough to create a playful experience in the city and re-use creatively a vacant structure. The media facade was not only used for audio-visual performances but also to create interactive installations with sensors, that reacted to the movements of the people. The set-up also allowed to show shadows of dancers inside the building.

LowRes Technique The team covered the windows of the building with layers of a translucent material and placed color spotlights pointing towards the windows. The lights were remotely controlled by visual artists or by interactive installations. The translucent layer diffused and distributed the light evenly across the window’s area, creating a nice pixel effect for the media facade. The team turned a total of 145 windows into pixels. 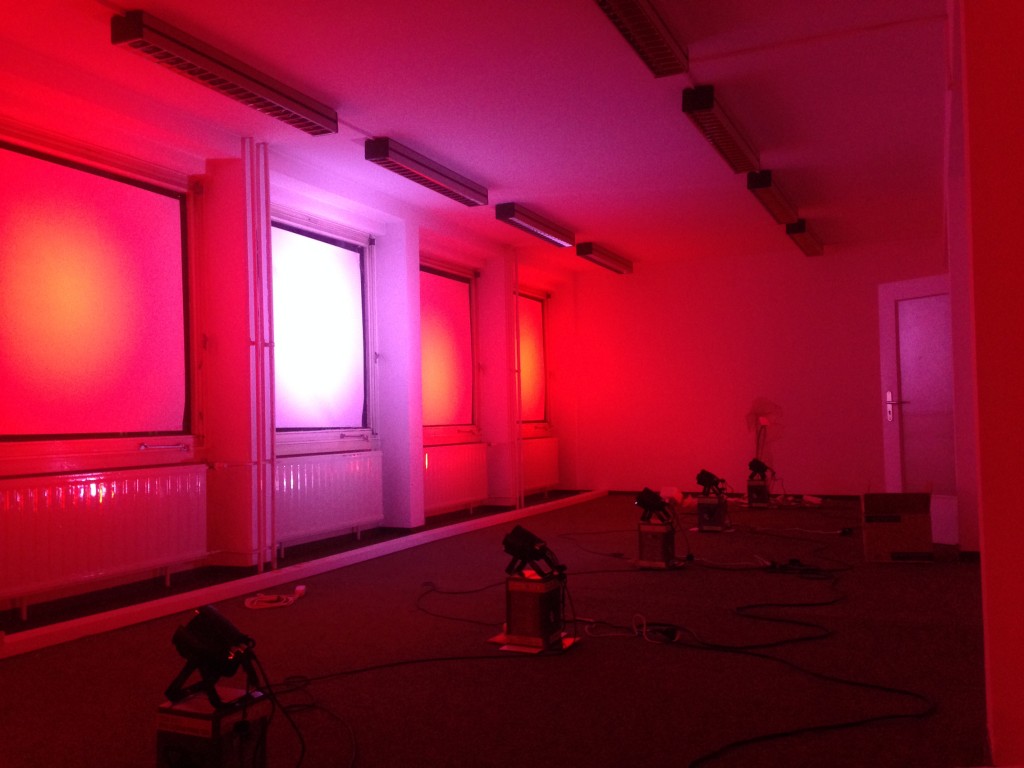 You can find more pictures and videos of lowres in the photo gallery and in the vimeo account of SENSORY-MINDS.