The Bay Lights – A light sculpture by Leo Villareal The Bay Lights is a light sculpture realized by the artist Leo Villareal that was inaugurated the 5th of March, 2013. The project, called the world’s largest LED light sculpture, illuminates the bridge’s 2.9 kilometers western span with 25.000 LEDs attached to the strings of the suspension cables. The complex installation changes the character of the Bay bridge and turns it into visually appealing structure, that can match the attractiveness of the well-known Golden gate.

From the distance the installation appears as bright, blinking light mass, but every pixel of the LED strips can be controlled individually, thanks to a software developed by Leo Villareal. With his laptop he can change the patterns and dynamics of the installation. This mixture of technical and artistic skills fits particularly good in a city full with start-ups, technology wealth and busy programmers.

The Bay Lights was originally conceived by Ben Davis, Chair of the San Francisco-based nonprofit Illuminate the Arts, which aims to support and create outstanding works of public art. Illuminate the Arts’ mission is to produce and promote innovative contemporary art with civic impact, social activation and global reach to stimulate a culture of generosity, community, collaboration and love worldwide. 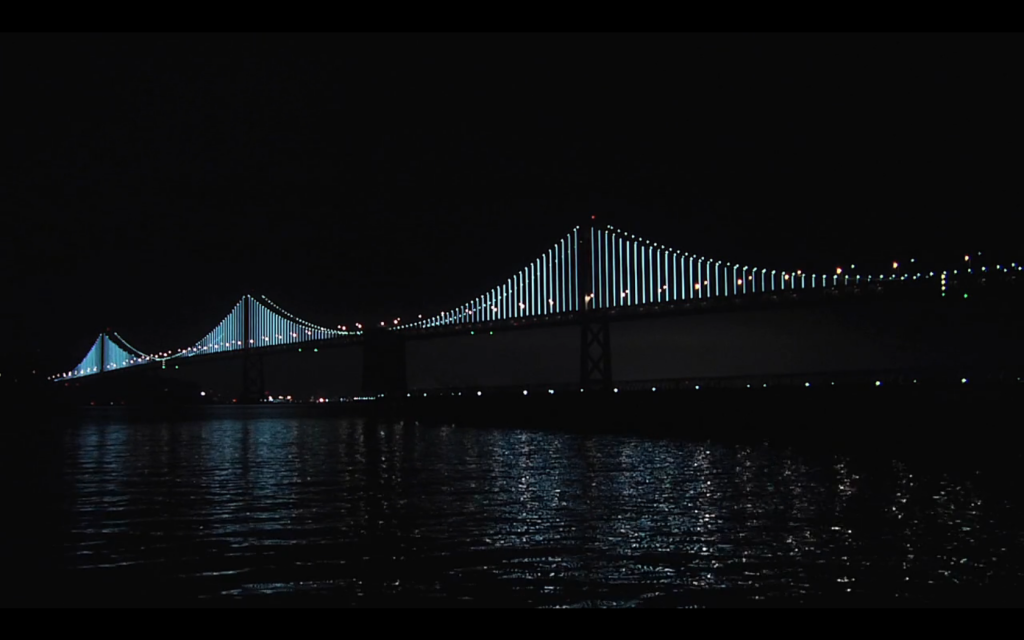 The project was privately financed and its costs are estimated around USD 8 millions. The tech industry of San Francisco donated generously for the realization of the project. Executives, investors, founders and ex-employees of Yahoo, Google, Zynga are some of the persons that donated money for the sculpture. Thanks to their support the whole city of San Francisco can enjoy the installation.

The Bay Lights is scheduled to be on every night until March 2015. However, and due to its success, a fund-raising campaign was recently started. The aim is to overhaul and keep the installation running until 2026. The new campaign is equally ambitious. They need about USD 12 millions to get all the required permissions and make a re-engineering of the system. Hopefully the fund-raising will meet the goals and the Bay bridge will continue delighting the public with its illumination.