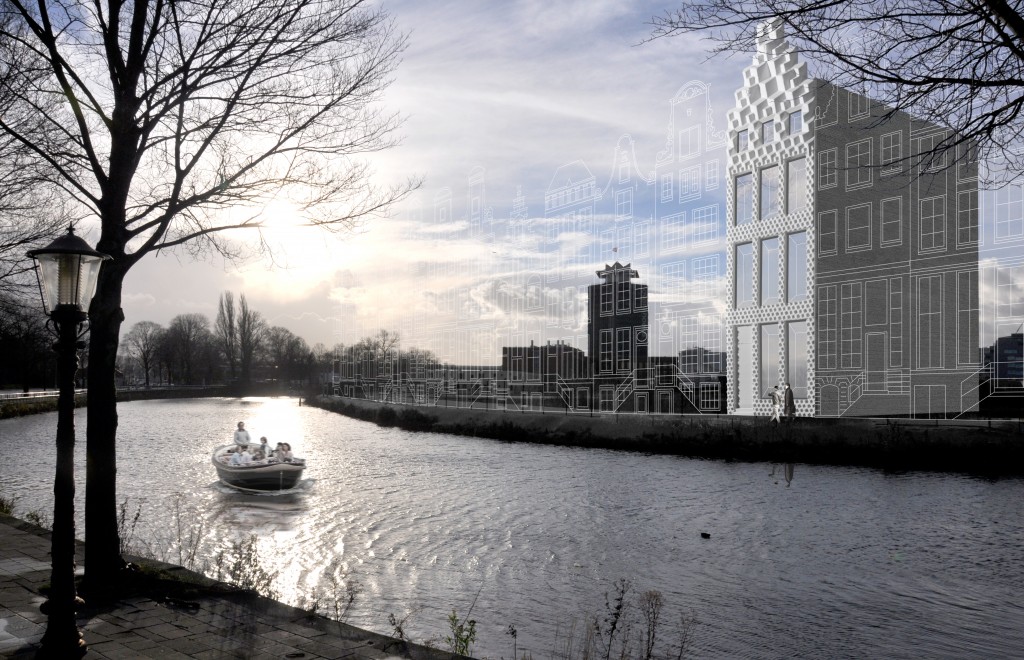 The 3D Print Canal House is a unique research project that combines history and future: a canal house is 3D-printed in full size with a large yet transportable 3D printer called KamerMaker (Room maker). The printer, developed specially for this project, is inspired by the ultimaker, a “small-scale” open source 3D printer. In fact, KamerMaker works in a similar way: a 3D model is loaded and sliced in layers that are created one by one by the printer. By overlapping multiple layers it is possible to create 3D forms -and a house.

The building project aims to show that digital production techniques can offer flexible and affordable housing solutions for different situations around the world. For example, the needs of people living in slums or in disaster areas might be also fulfilled such a technique. However, an estimate of the production costs can be only be given once the 3D printed canal house is completed. 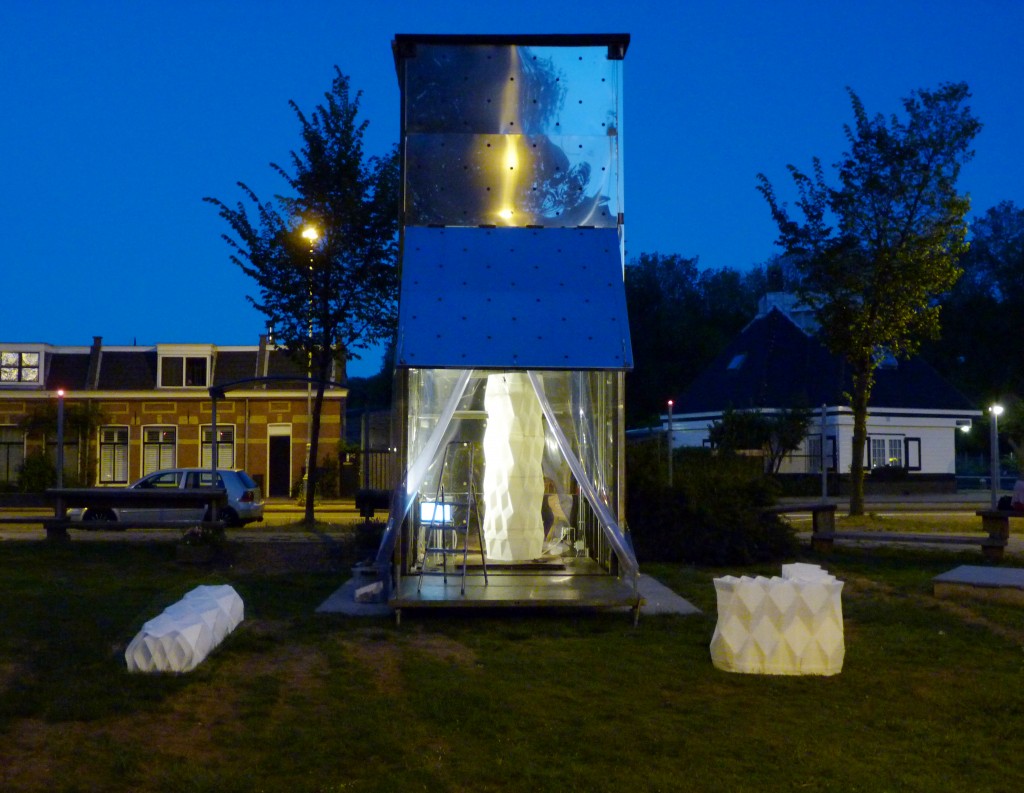 The project is also exploring how digital designs can be shared and modified via the internet and new online networks. Conventional “small-scale” 3d printing has already created 3d formats and tools that make possible to share models with the community of makers. The same methods can be used to share housing solutions that still can be adopted to the particular needs of the users.

The 3D Print Canal House is made with newly developed materials derived from bio-based raw materials. Up to 80% of the granulate fed into the KammerMaker is made of vegetable oil. Technically it is possible to create 3D models with any material that melts at a suitable temperature and solidifies again, for example it would be also possible to print using recycled plastics.

The 3D Print Canal House is an initiative of DUS architects together with Heijmans, Henkel, Amsterdam Municipality, Doen Foundation, Amsterdam Fund for the Arts and many partners.

A 3D printed part of the house 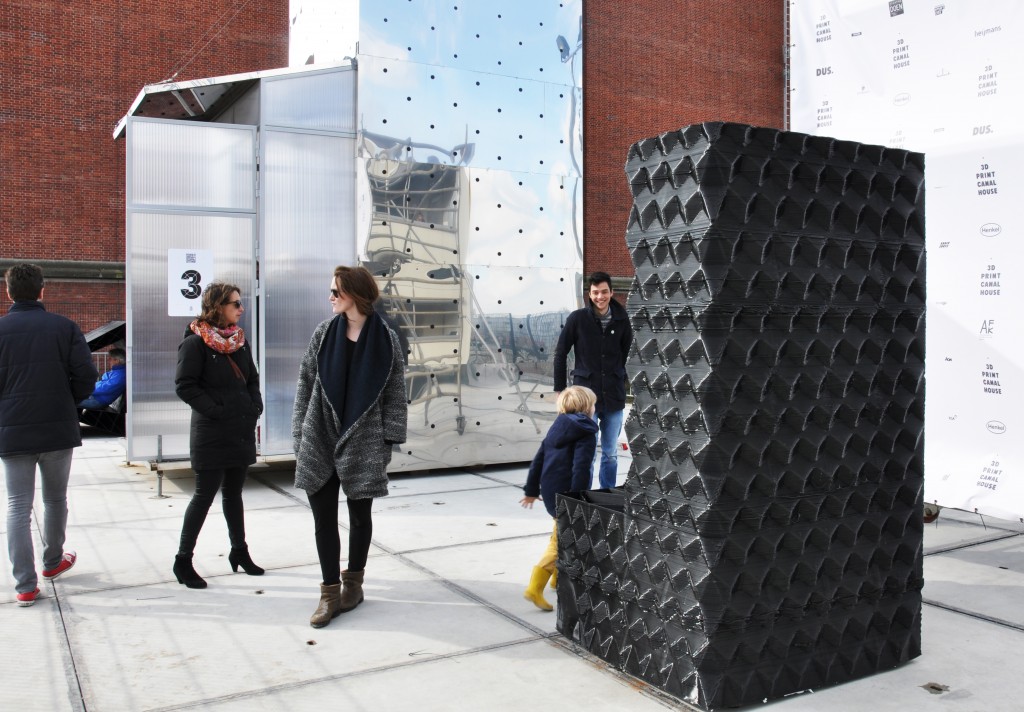 Models of the house’s parts 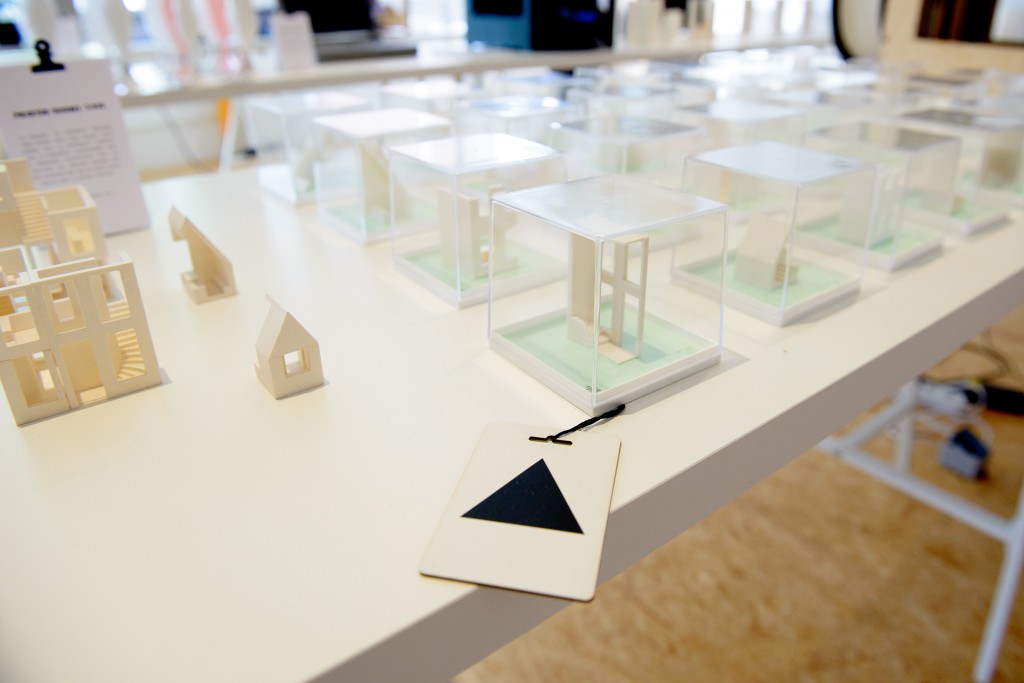 Axonometric view of the house 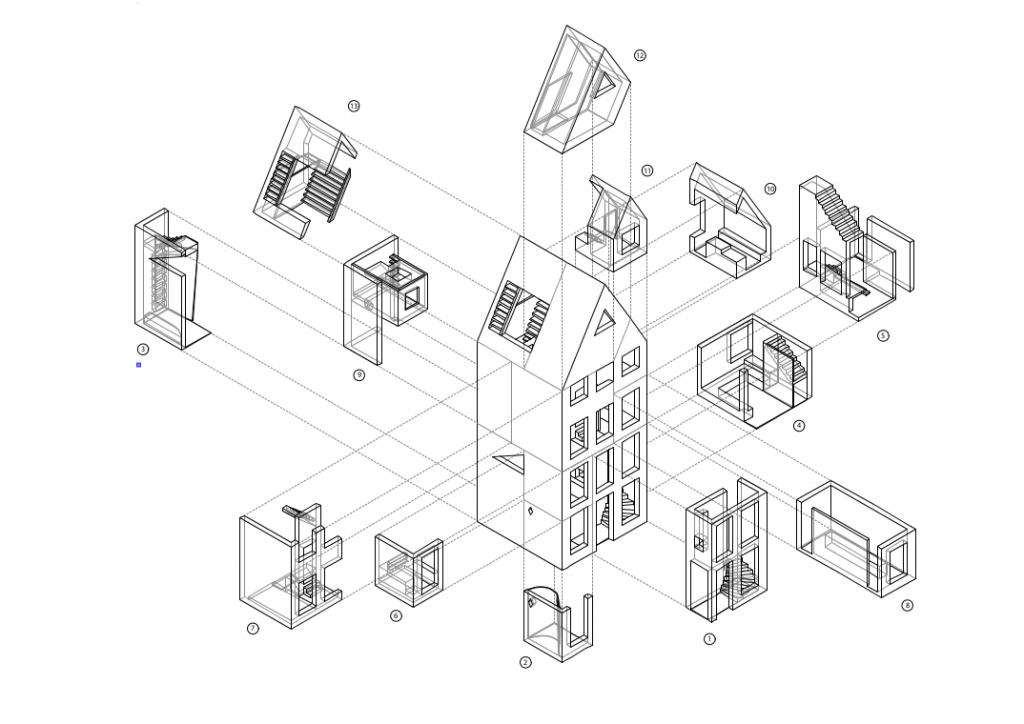