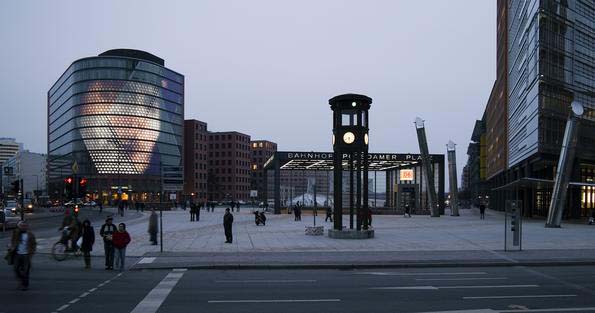 “SPOTS will be a gallery for a series of curated art projects for public space. Commissioned by ad agency Café Palermo Pubblicità for HVB Immobilien AG, the installation was designed by Realities:United, a Berlin-based architecture studio with previous experience in creating large-scale light installations. Their BIX facade for Kunsthaus Graz garnered much international attention, and won them more than a few awards.

SPOTS will last for 18 months, with four commissioned works by Jim Campbell, Rafael Lozano-Hemmer, Carsten Nicolai and Realities:United in collaboration with John Dekron. The selection was curated by Andreas Broeckmann, director of the Transmediale festival. Visitors to Transmediale 2006 will have a chance to see all four works, as they are shown one per day in a special showing for the festival.” (via Generator X)