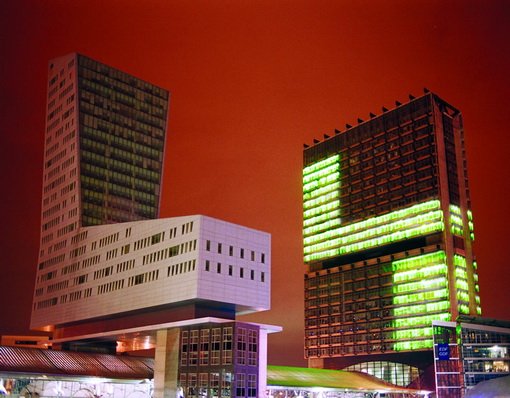 “nature04” is a Computer controlled light work for Lille 2004 – European Cultural Capital, 2004 by Kurt Hentschäger. The project transforms the 20 story Lilleurope Tower into a luminous kinetic sculpture. It´s dramaturgy is based on the idea of a jaquemart, a mechanical public clockwork, the basis of our technologically advanced culture. The mechanical clock, giving the time by slicing it up in standardized temporal units, marks the final transition from experiencing time as a continuum without a beginning and an end to perceiving it as sequential, as a sequence of discrete events lined up on a timeline. 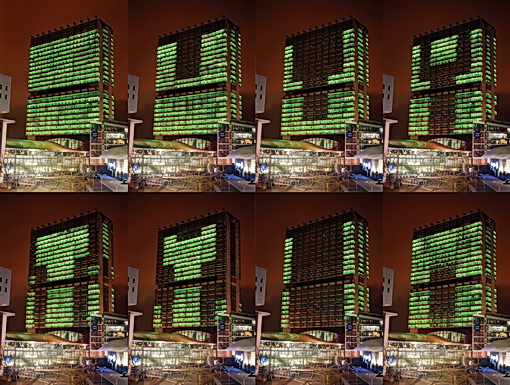 “nature04” is taking the concepts of time, sequence and the matrix to create a contemporary jaquemart, an ephemeral clockwork composed of animated lights, a clock of light displaying specific kinetic patterns and prints throughout the night. In cycles, bursts of light spread over the sides of the tower and then, subside again, like a wave that has washed ashore and emptied itself. Eventually there is only darkness and stillness – the tower rests as if exhausted by all the excitement displayed. Regaining “consciousness” at specific moments, these light patterns, often display static icons on the screen at the conclusion of a sequence of waves, functioning like punctuation marks along the timeline.