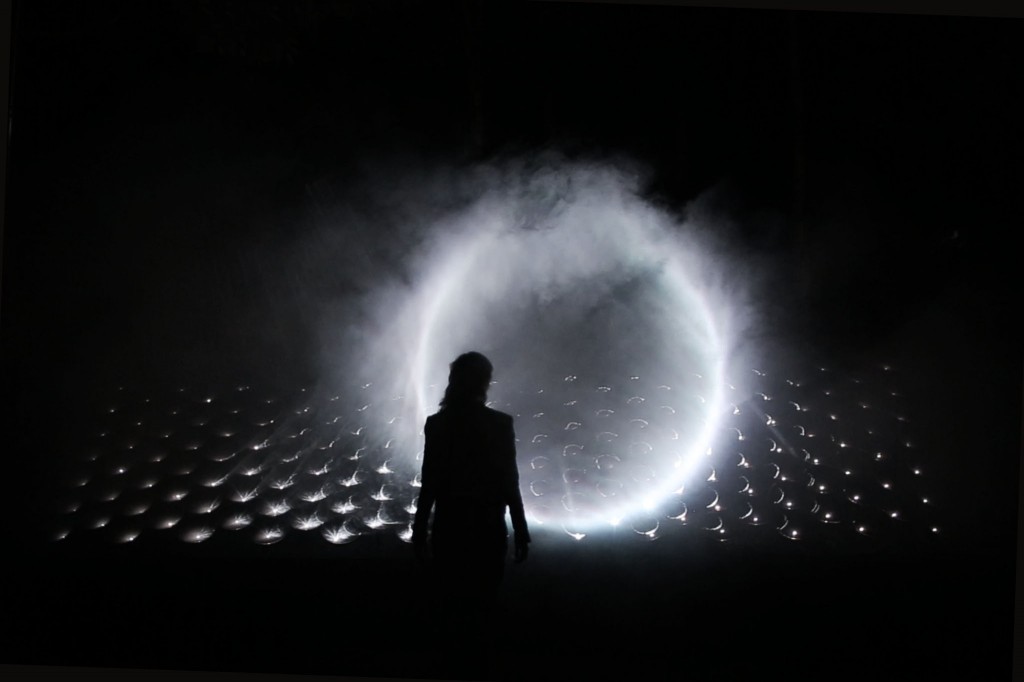 The duo designed a system that creates truly volumetric projections and can define 3-dimensional forms in space. This is different to ‘hologram’ and fog screens which are planar images. To achieve this they intersect 2 or more light beams in a smoke cloud to generate bright spots. Based on this simple principle they created a complex system that can cross large amount of light beams in different spots, allowing the creation of 3D shapes in space.

By using 180 curved mirrors, the artists created an array of sub-projectors, allowing the control of the intensity, direction and origin of light as it travels through space. The mirrors redirect the light beams of projectors that are placed above them. This set-up creates a light-field projector, capable of controlling the large amount of light beams required to create the floating images. 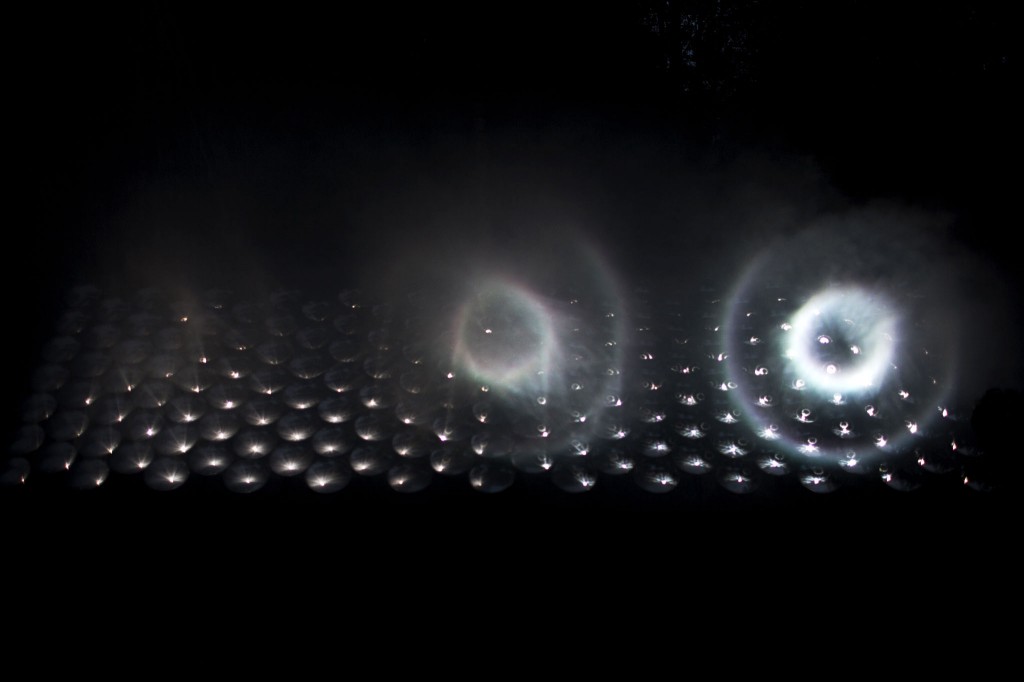