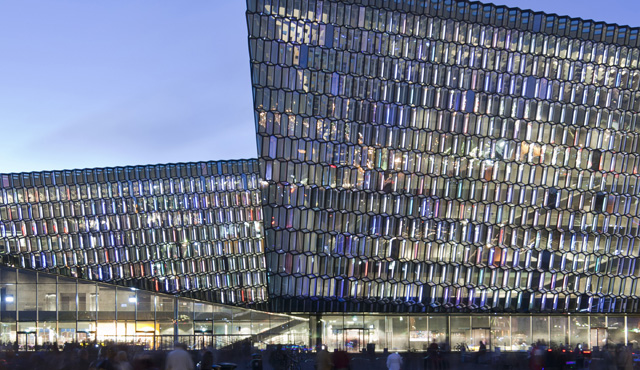 The new Harpa Concert Hall rises up like a giant cut crystal in front of the jagged coast of Reykjavik harbour. The honeycomb elements of the façade make up a dazzling sea of multicoloured highlights. Refl ections on the water surface reinforce the association with a natural phenomenon, calling to mind mysterious northern lights. The sparkling Concert Hall and Conference Centre that now adorns the cosmopolitan capital of Iceland was designed by Henning Larsen Architects in cooperation with the Danish-Icelandic artist Olafur Eliasson, who was responsible for the characteristic appearance of the outer envelope. 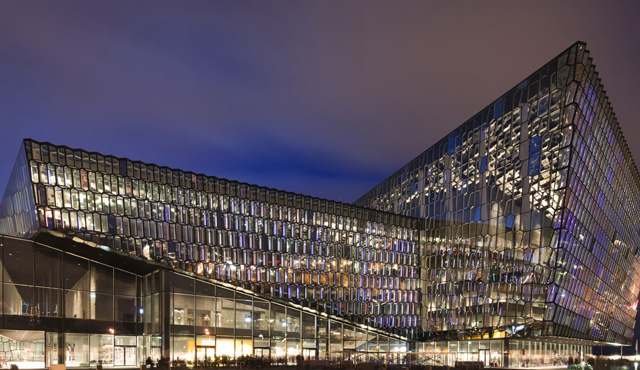 The area in front of the building is bathed in mystical blue light emanating from hidden sources of light, transmitted inside the building through glass fi elds. Olafur Eliasson and Zumtobel developed a special new type of luminaire, the shape and colour of which permits almost invisible integration in the prism structure of the façade, lighting it up with LEDs. Inside the crystalline outer envelope, visitors can expect to experience music in a new dimension. The large three-tiered concert hall with a blazing red interior is named after one of Iceland’s most beautiful volcanoes “Eldborg”, meaning “Fire Castle”. 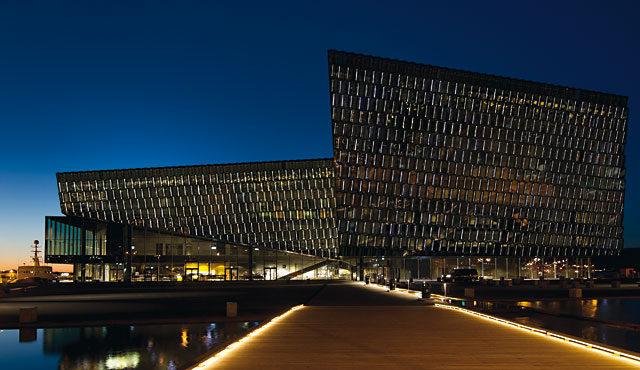