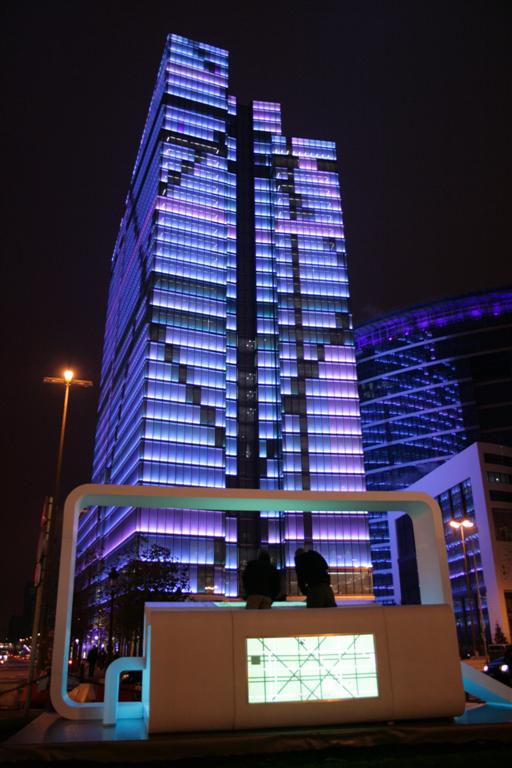 LAb[au] is happy to announce you its new urban interactive installation Touch on the Dexia Tower and Place Rogier in Brussels, Belgium. The project takes as a starting point Brussels 145 m high Dexia Tower, from which 4200 windows can be individually colour-enlightened by RGB-led bars, turning the facade into an immense display.

Instead of considering this infrastructure as a flat screen (surface) displaying pre-rendered video loops, the project is working on the architectural characteristics of the tower and its urban context. The characteristics of the building; orientation, volume, scale… are used as parameters to set up a spatial, temporal and luminous concept, which moreover allows people to directly interact with the tower.

On Place Rogier, at the bottom of the tower, a station is mounted where people can interact either individually or collectively with the tower through a multi touch screen 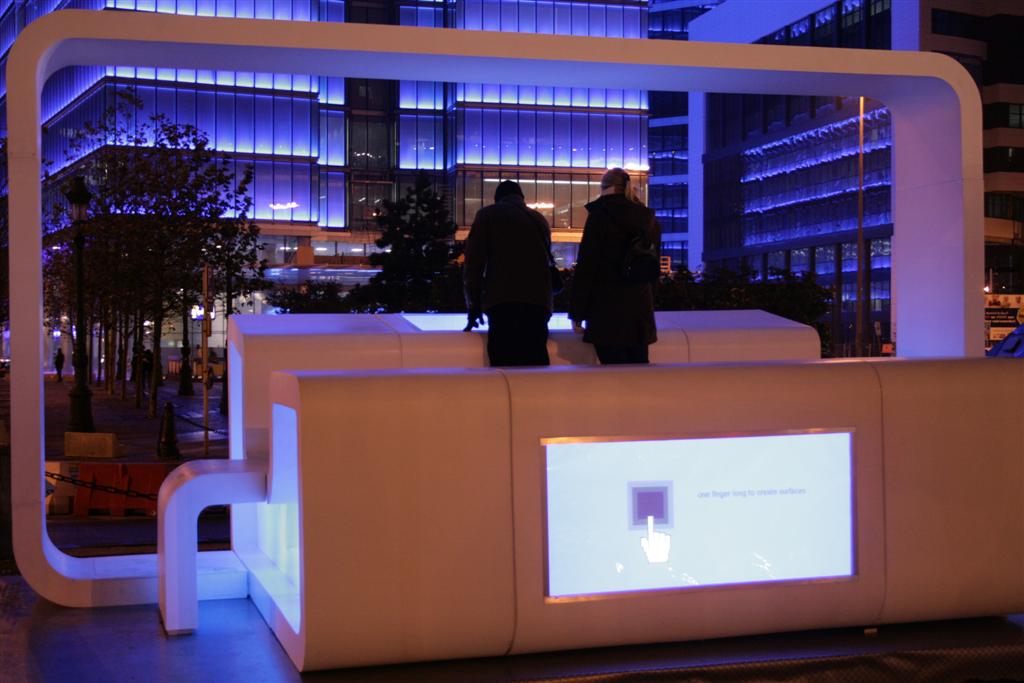 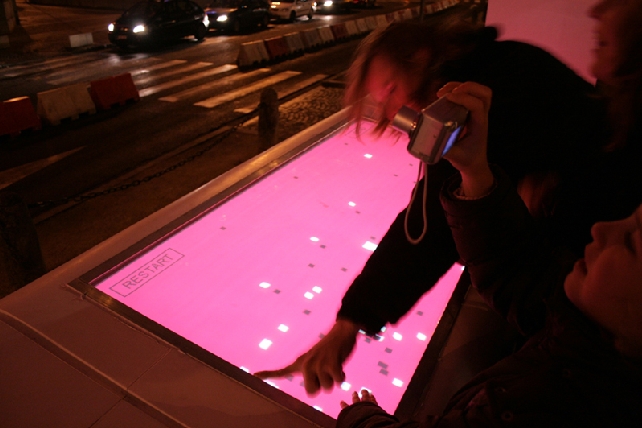 The touch screen allows multiple inputs and thus allows on the one hand, people to interact with more than 1 finger, and on the other hand, to interact together, extending individual interaction to a collective experience. This real-time and collective interaction on an urban scale, transforms the Dexia Tower into a new Brussels landmark which presents art to the city.