As one of the major outdoor installations the City Hall Tower was lit up during and after the Media Architecture Biennale 2012 which happened in Aarhus-Denmark. 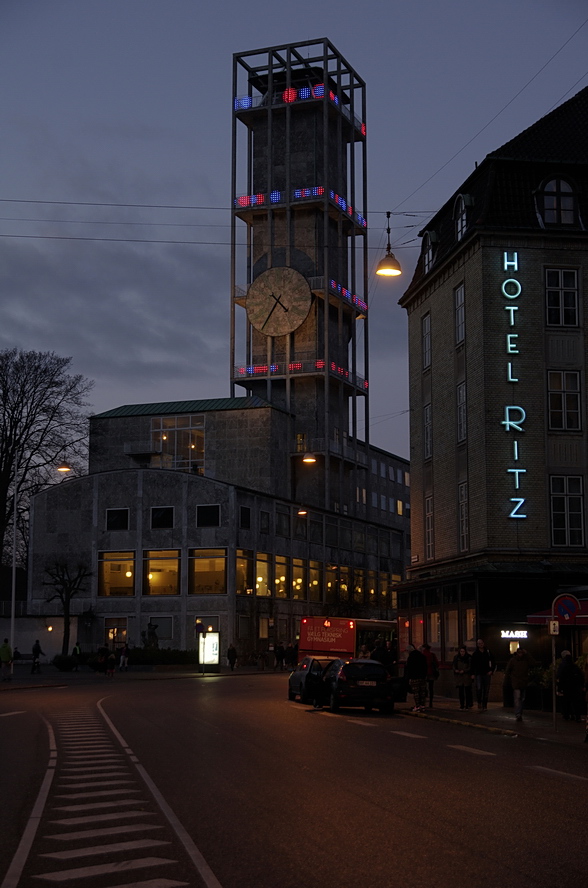 The project was realized as a cooperation of the MAI and Aarhus Univeristy / PIT / CAVI with generous support trough AHL Mediafacades who were sponsoring the hardware. 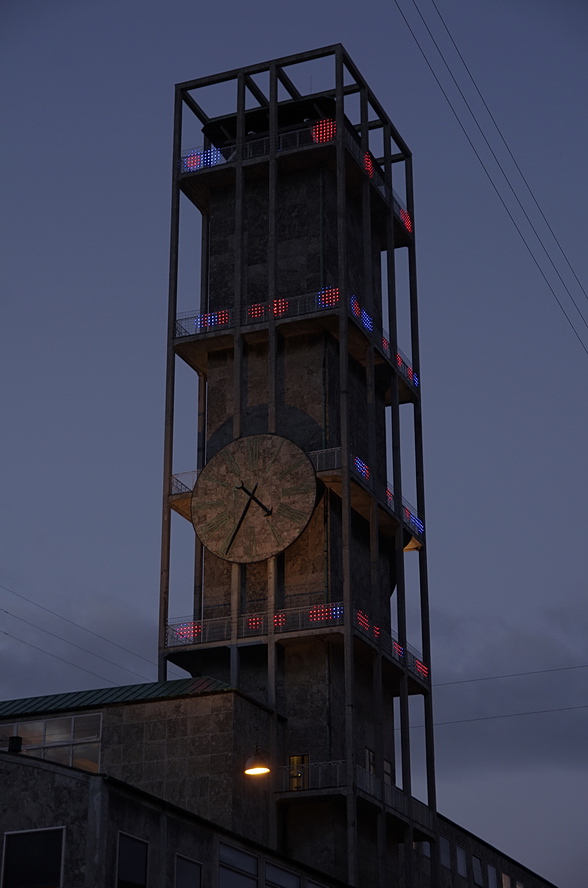 We used the S25-3 Pixel Type and CP950 controller´s which turned out to be a very powerful combination. We installed about 5500 Pixel and used 4 Controllers, one on each level. The CP950 can drive 680 Pixel per port and provides 8 of them. So without the problems of cabling, we could have done it easily with two controllers. 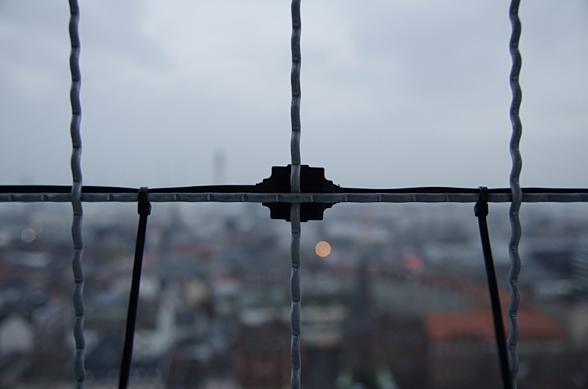 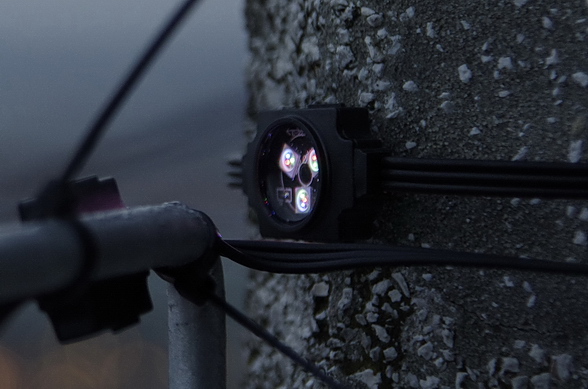 The building itself was done by the famous danish Architect Arne Jacobsen and is a class listed monument since 1994, so this is why the mounting had to be completely reversible. We came up with a very lightweight sub construction which was just clipped onto the existing railing. Due to that fact we were able to complete the whole project in approx. 5 days and a team of 3 people on the tower which was of course supported by a ever changing number of volunteer students. A big Thank You to them! The content which is shown on the four levels is part of the “City Bug Report”, a system where the citizens of Aarhus can report problems in their home town via internet or even via smart phone. Each of the moving balls represents a bug in a different stage in respect of time and status. At the end when the problem is solved the bug dies in a white fade out. 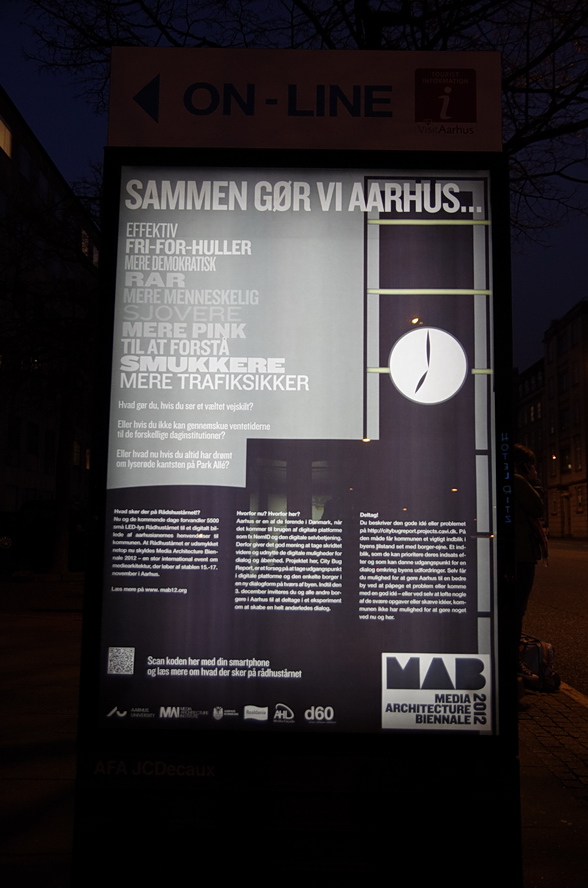 The City Hall Tower now became the most visible representative of this forward – looking and democratic tool which guides us the way to the Smart City! The Media Architecture Biennale is part of the Connecting Cities Network which was set up by Susa Pop and will come back to Aarhus in 2014! 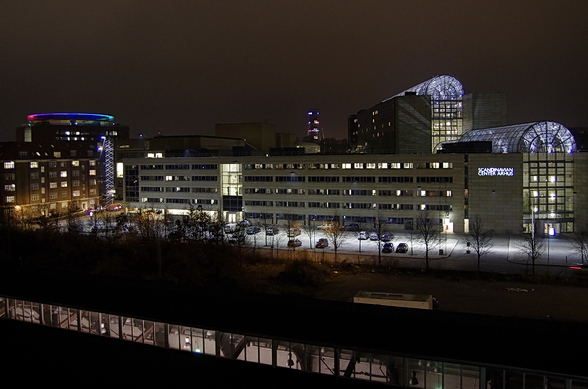 Thanks to Ben Hammersley who facilitated the workshop on Open Data in Aarhus where the idea was first discussed, and to the ODAA workgroup within Smart Aarhus. And to Bo Fristed for co-hosting this workshop with Martin Brynskov.
The technical and administrative staff at Aarhus City Hall and the Mayor’s Office have been central in realizing the project. A special thanks to Torben Glock at Aarhus Municipality Citizen Services and Rolf Hapel, Director of Citizens Services and Libraries in Aarhus for working with the team behind City Bug Report.
City Bug Report was developed within the framework of the Smart Aarhus partnership and would not have been possible without it.