The Torre Agbar, or Agbar Tower, has been designed by French architect Jean Nouvel. It opened in June 2005 and it was inaugurated officially by the King of Spain on 16. September 2005. 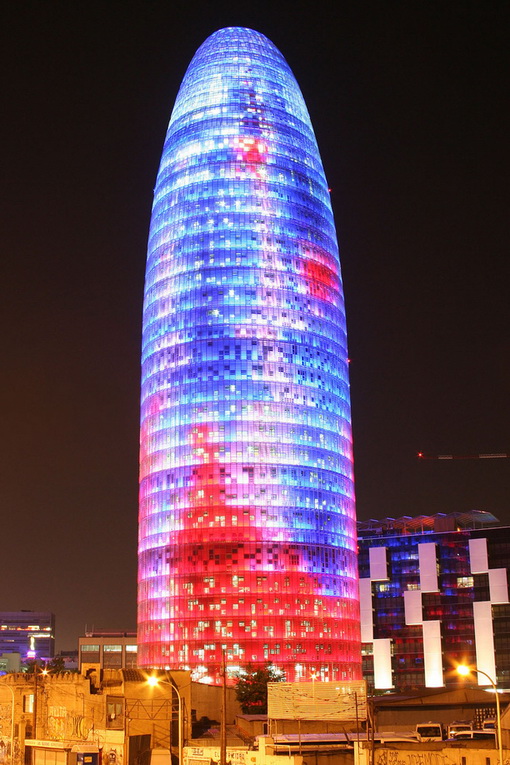 The Torre Agbar is a colored lighting illuminate skyline that pretend to become one of the 21st century landmark of Barcelona.

END_OF_DOCUMENT_TOKEN_TO_BE_REPLACED 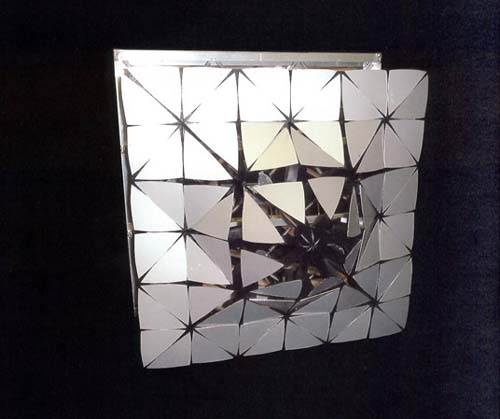 The Aegis Hyposurface is an outstanding piece of technics. It was designed by deCOi Architects and recieved the Feidad (= Far Eastern International Digital Architectural Design) Award 2001. It is still a remarkable design approach. The idea behind is, that due to the different positions of the small metall tiles, the reflection of the surrounding light is changing. In this way a tremendous poetic way of displaying patterns and shapes is possible.The Prototype consists out of about 1000 of these metall tiles. They are moved by “telescopic fingers” which reach a speed up to 60 km/h and have a stroke of 50 cm. Look at the following movies: Hyposurface01.AVI Hyposurface02.AVI

END_OF_DOCUMENT_TOKEN_TO_BE_REPLACED 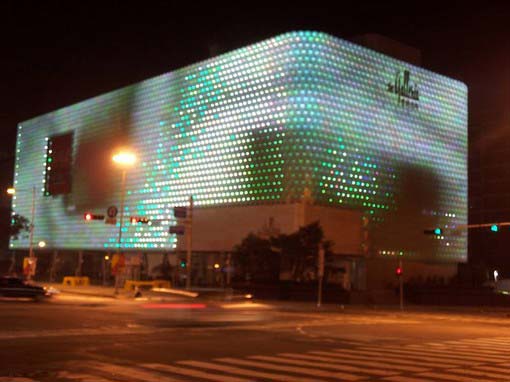 The Galleria Department Store is actually a refurbishment project. Originally the Galleria Building was windowless and not very appealing. The Owner Hanwha Stores Co, wanted to turn it into a landmark building that would reflect the innovation and style of the area, manifesting its own identity for quality, like the exclusive boutiques within its walls. So UN Studio and ARUP Lightning were asked to recreate the mall´s exterior. Together they developed a chameleon-like facade that reflects the subtleties of natural light on opalescent, dichroic glass discs during the day. At night the discs are individually backlit and controlled by a computer program to create brilliant and unique colour schemes all over the building – each disc acting like a big pixel on a giant screen. 4330 discs, each 850mm in diameter, make up the entire facade of the mall.

END_OF_DOCUMENT_TOKEN_TO_BE_REPLACED 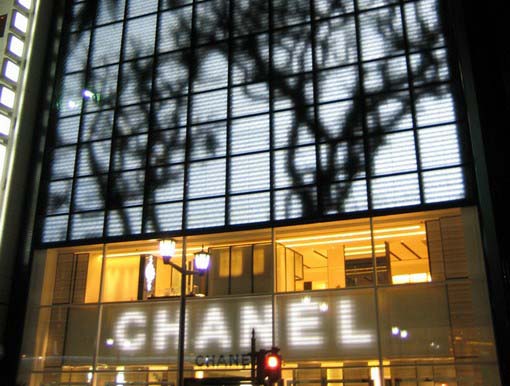 With a 10-floor palace of glass at the ritziest of all Tokyo addresses, Chanel launched its biggest boutique in the world. Designed by American architect Peter Marino, the 56-meter high building is set to dominate the elite Chuo-dori avenue. It has a massive curtain wall of glass that encapsulates a nest-shaped block of aluminum in Chanel handbags’ signature tweed pattern.The glass facade will light up Ginza each dusk to dawn with 700,000 embedded white light-emitting diodes.The Chanel Tower in the Ginza district of Tokyo is a true architectural integration of LED technology into a curtain wall. From inside and outside the LED technology appears transparent, allowing the office worker a clear an unobstructed view of the world during the day. The street view presents the worlds largest black and white video wall at night.The Hardware came from L.E.D. – Effects. You can also find a nice Video there wich shows the installation of the facade.

END_OF_DOCUMENT_TOKEN_TO_BE_REPLACED 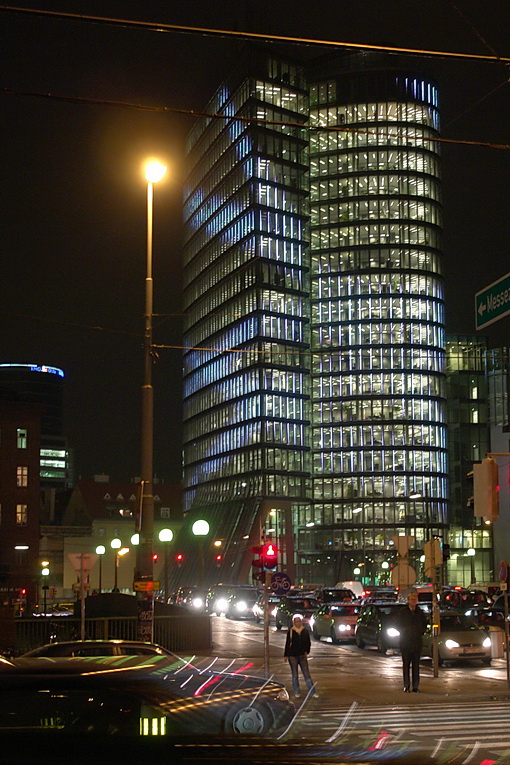 The Uniqua Insurance Company built a new headquarter in Vienna´s 2nd district. The Facade of the Tower is constructed as a double layered glass facade. In between there is enough space to situate the led modules. The spacing between the vertical led stripes is identical with the construction grid of the main facade. The resolution is not that high, but good enough to display photographic imagery. The special artistic content was done by Mader Stublic Wiermann. The technical part was done by lichtkunstlicht and Barco. The display may not be bright enough to run during daytime; it´s just being used during nighttime.

END_OF_DOCUMENT_TOKEN_TO_BE_REPLACED 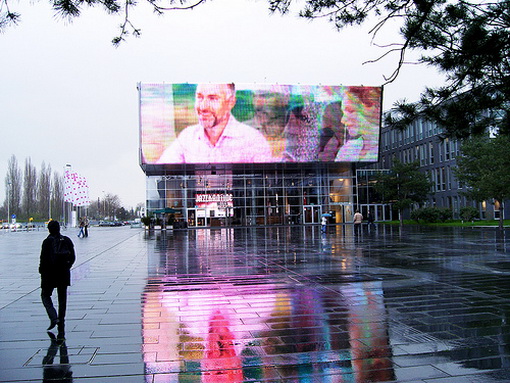 ag4|mediatecture company built a new type of media facade for the T-Mobile Headquarters in Bonn. The media facade wasn´t a part of the main construction design, but was added afterwards. It is said to be the first complete transparent media facade. The highly-developed led design was done by Lumino Lichttechnik.