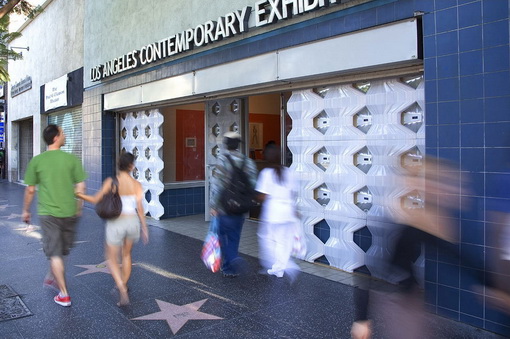 OPENINGS is an interactive storefront installation, built into the façade of the Los Angeles Contemporary Exhibitions (LACE) gallery in Hollywood. Located at a border condition between the urban context of Hollywood Blvd. and the art gallery environment of LACE, OPENINGS uses architectural strategies and interactive media to address these two seemingly disparate zones. This project was developed during David Erdman’s UCLA Department of Architecture and Urban Design Superficial Superglow v2 winter quarter 2008 technology seminar and will be included in the forthcoming publication Contemporary Plasticity.

END_OF_DOCUMENT_TOKEN_TO_BE_REPLACED

fLUX, binary waves is an urban and cybernetic installation based on the measuring of infrastructural ( passengers, cars…) and communicational ( electromagnetic fields produced by mobile phones, radio…) flows and their transposition into luminous, sonic and kinetic rules. This relation between the installation and the urban activity happens in real time and sets each person as an element of the installation, as a centre of the public realm.

END_OF_DOCUMENT_TOKEN_TO_BE_REPLACED

Some very early form of a mobile (!) mediafacade! 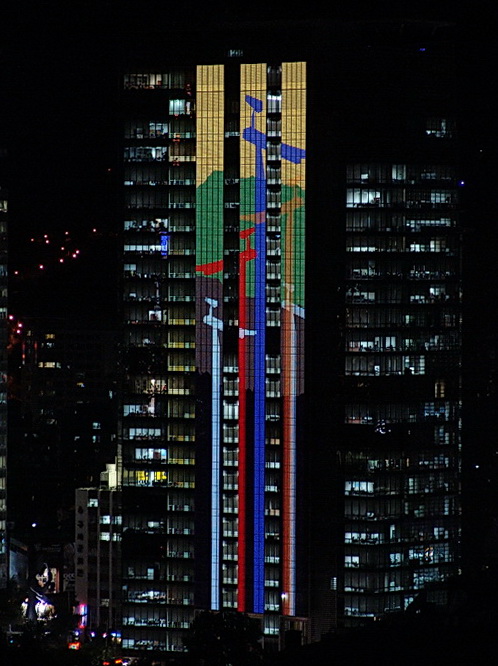 The Khumo Headquarters is located in the Jongno District of Seoul, which historically has been the central area of Seoul for hundreds of years. With major buildings in close proximity (City Hall, Deoksugung palace, the Korean President’s residence, Plaza Hotel, US Embassy), this building overlooks one of the most active areas in the entire country. There is a clear contrast between traditional and modern Korean identity, and while this is a corporate headquarter, this building has strived to balance between both worlds.

END_OF_DOCUMENT_TOKEN_TO_BE_REPLACED 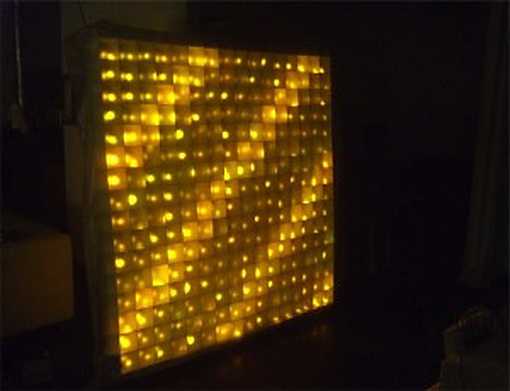 Manfred from Werkzeug H, Vienna bought a led driver (a Borg 16) at the 24C3 last year. He decided to try something new – a portable deflatable 16×16 led matrix. The main construction goal was to make it real easy to assemble, lightweight and weatherproof. I think it took the team some time for the design process and a lot more time to build – but this is what finally came out!

END_OF_DOCUMENT_TOKEN_TO_BE_REPLACED 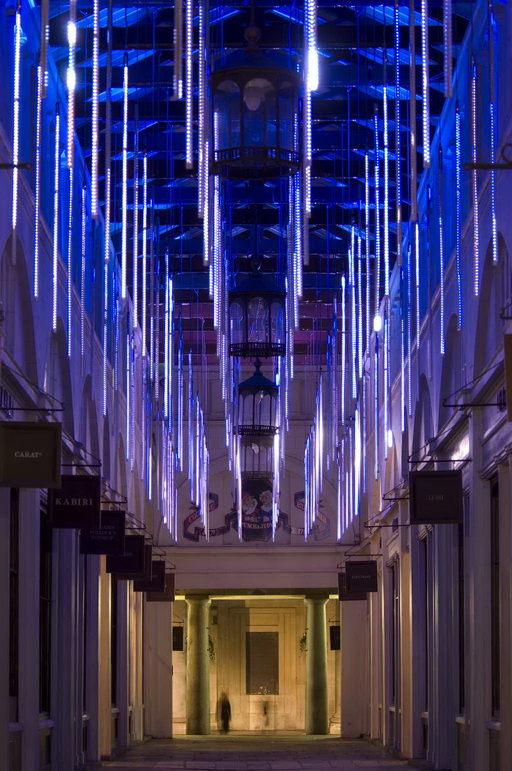 UVA present their latest responsive installation commissioned by Covent Garden as part of their Delight Christmas campaign this year. “Constellation“ is a light-based sculpture which has been designed especially for the Covent Garden Market Halls.

END_OF_DOCUMENT_TOKEN_TO_BE_REPLACED

The next edition of the BEYOND MEDIA festival -which will take place at the Stazione Leopolda in Florence, Italy, July 9-17, 2009- will once again offer the opportunity to enhance the architectural discourse by means of a wider awareness of the role of the media of communication in the professional, academic and public field.

The ninth edition of the Florence festival is titled “VISIONS”.

It seems as if contemporary architecture lost, in the last years, its ability to pursue broad visions, to collect with a wide outlook the complex transformations of the built environment, to lead its thoughts and conscience beyond that which is usual, empirical, and visible. The massive production and consumption of architectural images resulted in a greater vicinity, on the part of the general public, to design issues. But, at the same time, they produced an alteration in the way people conceive architecture, and affected the ability and the opportunity to generate visions, and hence theories, which are deeply rooted in our times but, at the same time, are receptive towards new possible scenarios.

With “VISIONS”, the BEYOND MEDIA festival suggests to carefully think over topics of figuration and representation, and will put forward more effective visions which might be useful in tracing the outlines of our possible future. 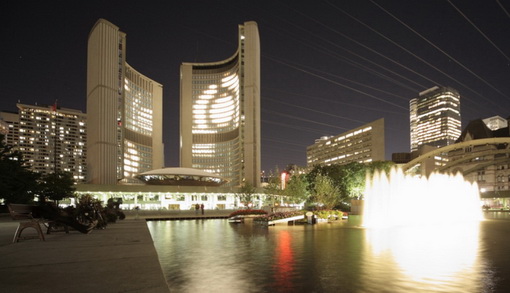 After a long break, Project Blinkenlights is coming back big time in Toronto, Canada this year. Targeting the landmark building of Toronto City Hall, the group is participating in this year’s Nuit Blanche all-night art event on October 4th, 2008. The installation’s name “Stereoscope” reflects the special nature of the building with its two curved, opposing facades effectively creating a three-dimensional appearance.

END_OF_DOCUMENT_TOKEN_TO_BE_REPLACED 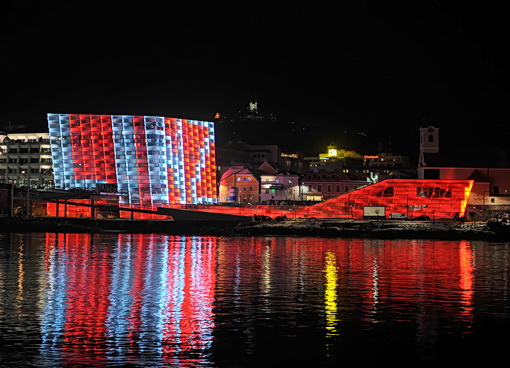 Ars Electronica’s outstanding international reputation assures it a place in the limelight during Linz’s term as European Capital of Culture in 2009. The city is now creating an appropriate architectural setting for this starring role by expanding the Ars Electronica Center. The planning is the work of Treusch architecture, Vienna.

END_OF_DOCUMENT_TOKEN_TO_BE_REPLACED

This is an example of an ephemeral 3D Media Architecture only existing for a blink of time – on the occasion of the opening of the new Palm Jumeirah in Dubai; fits perfectly as a start into the new year: We wish a glamorous 2009 to all our readers and friends!