The Consulate General of Switzerland presents a panel discussion on Media Architecture and the Transformation of the City on Monday, October 30th at the AIA New York | Center for Architecture.

Media architecture transforms urban spaces by seamlessly embedding digital media into the built environment. It uses new, responsive technologies such as the internet of things, big data and other spatial sensing techniques to transform the urban landscape through the imaginative use of digital screens, interactive media facades and large-scale public projections. A “responsive city” embeds increasingly sophisticated data gathering elements into the urban environment. In this conversation we will hear from experts in the field who are creating the most complex responsive projects across the globe. 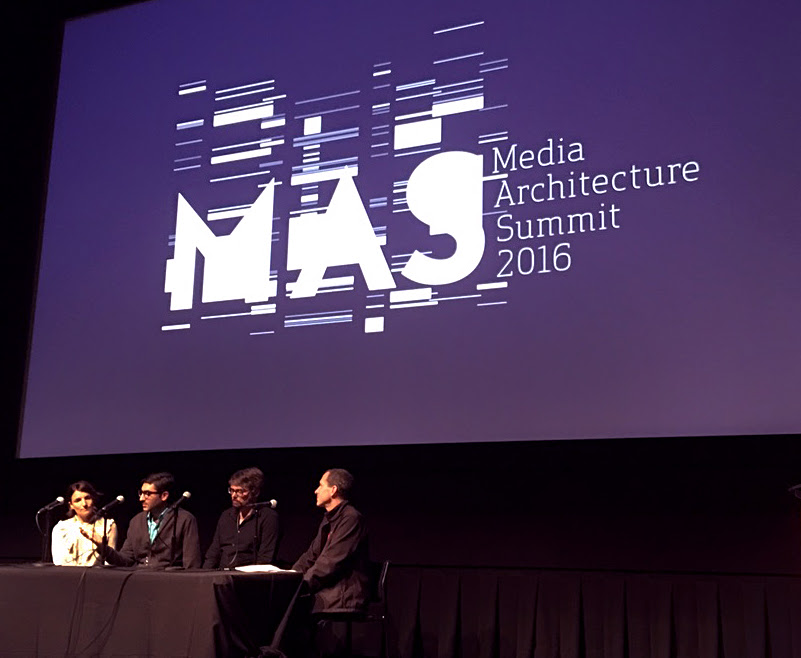 On behalf of the MAS 2016 Team and Advisory Board, we would like to thank all our attendees for coming. We were inspired by the presentations, workshops and invigorating discussion, and hope everyone emerged from the symposium thinking about media architecture from new perspectives.

Thank you to our incredible presenters and workshop leaders for sharing their work with us and our partners for their support. Special thanks to the MAS co-ordinator, Sennah Yee, our team for their tireless work, and our wonderful volunteers for all their help. We couldn’t have done it without you! 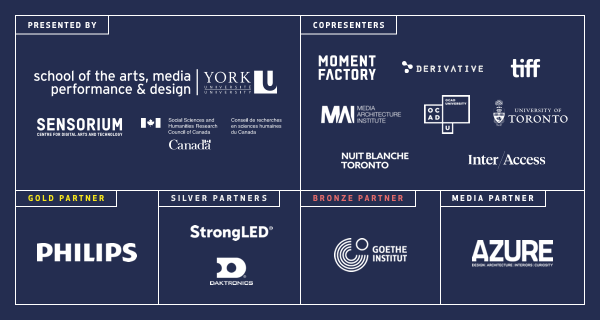 International artists and designers, architects, scholars, and representatives from the cultural sector and industry will meet in advance of Nuit Blanche in Toronto this week to discuss how public art and creative use of digital media can re-animate urban space.

The Media Architecture Summit 2016, organized by Sensorium: Centre for Digital Arts & Technologies in York University’s School of the Arts, Media, Performance & Design and the Media Architecture Institute, will be held in downtown Toronto from Thursday to Saturday, the first time the summit has been held in North America.

“Media Architecture is where architecture, urbanism and digital media come together to shape our collective identity,” says Michael Longford, co-chair of Media Architecture Summit 2016 and Director of Sensorium, a digital media research centre at York University. “This type of public art includes everything from animating building facades through the use of digital technology to interactive installations that invite members of the public to perform, and it has the power to energize citizens and transform spaces.”

An international group of artists, designers, architects, academics, urban planners, and industry representatives will make presentations and take part in panels and workshops. There will also be presentations by artists presenting large-scale public installations at the Nuit Blanche Toronto 2016 event.