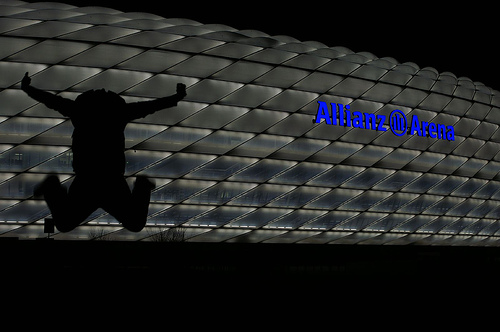 The Allianz Arena logos are mounted on the north and south side of the arena. In a length of 39.83 meters and an absolute height of 5.18 meters, the twelve in blue and white lighted Allianz Arena letters are Europe’s biggest illuminated promotional lettering. The fascinating appearance turns the Allianz Arena into Europe’s state of the art stadium.