In the air, tonight – Raising Awareness about homelesnes 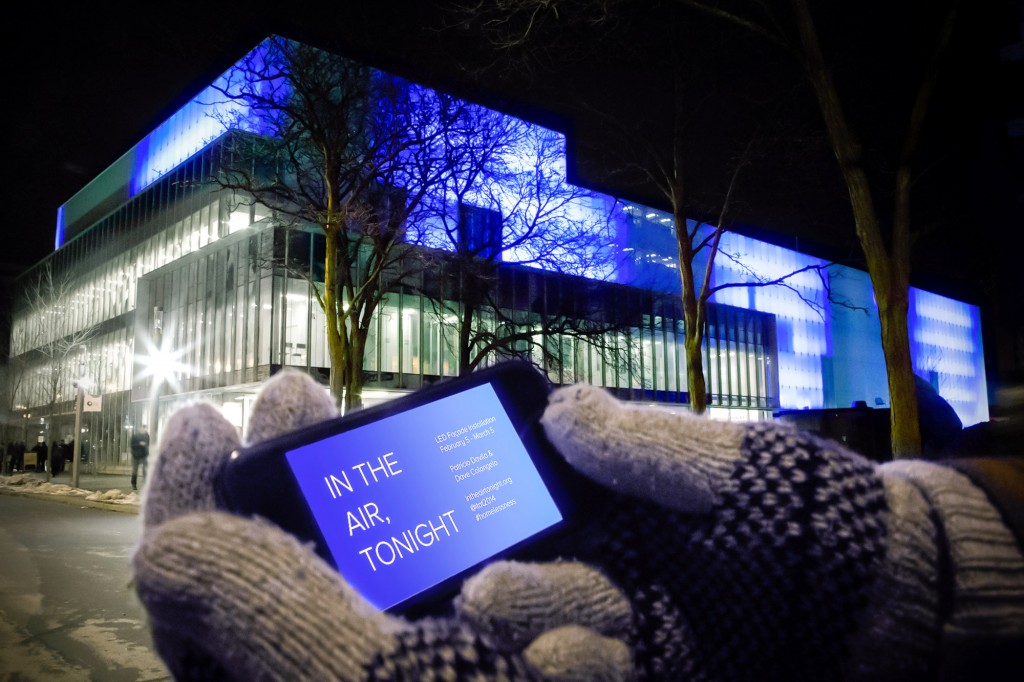 “In the air, tonight” is a reactive installation for the facade of the Ryerson School of Image and the Ryerson Image Centre. The installation, created by the artists Patricio Davila and David Colangelo, transforms the building into a glowing signal that raises awareness about homelessness. After its premiere in February 2014 the installation will be re-staged on Mai 23th from sundown until midnight as as part of the Subtle Technologies Festival.

The blue, waving animations shown at the building, are programmed by the artists to react to local weather conditions like wind speed and direction. These animations will change their dynamics and their color when the twitter hashtag #homelessness accumulates a number messages. Thus, anyone with a twitter account can interact with the animations through the account @itat2014 or by creating and re-twitting messages that include the mentioned hashtag. The website of the project intheairtonight.org also shows the interactions through a dynamic background that mimics the animations of the facade. 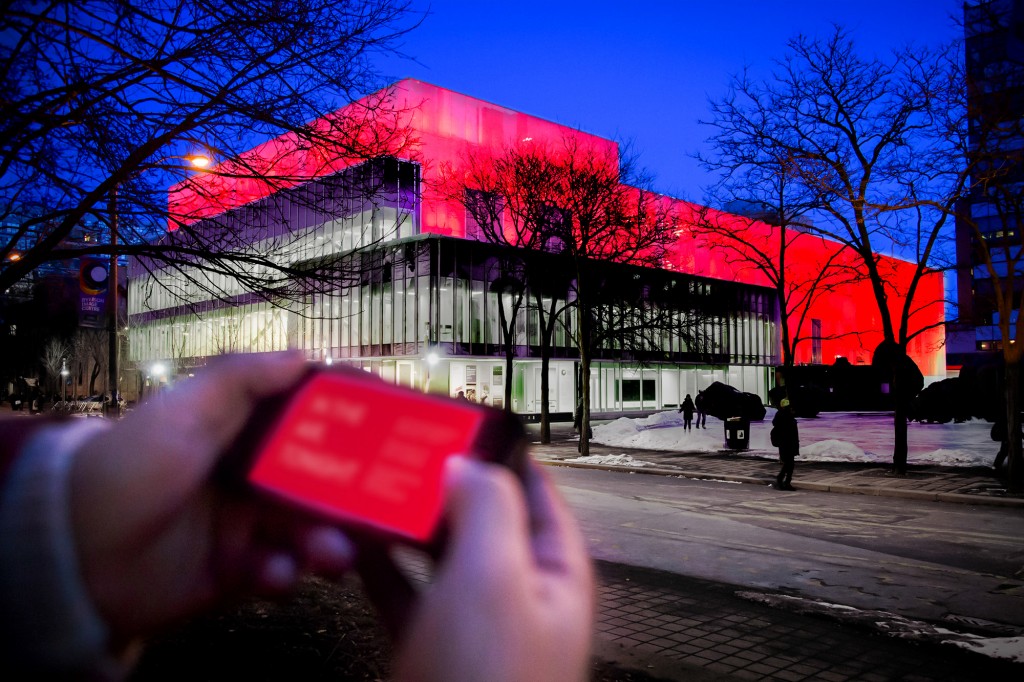 For the realization of the project the artists contacted local shelters like University Settlement and the Toronto Drop-in Network to involve persons that are directly affected by homelessness and give them also a voice in the discussion. The shelters provide information about the project through computers terminals placed at the local shelters and Drop-in centres of the city.

According to Colangelo, “The installation combines information, public participation, and architecture to engage people in a discussion about an important issue”. The artists are aware that their work would not solve the problem of homelessness, however they are confident that an appealing interface can raise consciousness about the issue, lead the citizens to reflect about the problem and eventually take action.

They use the aesthetics of the building and the interactive installation to draw attention over a problem that is often ignored in the public discussions. In the words of Colangelo “By creating a link between this expressive building and the information being shared online about homelessness we hope we can amplify the conversation and give people a chance to learn about it and get involved.”

The project has two main components, the first is the web site and the second is the connection with media facade. For the website the project uses common web programming technologies like html, javascript, php as well as third party libraries. A key component for the website is the connection with the twitter API that enables interactions in real time.

Join the project’s re-staging on the 23th of Mai at the Ryerson School of Image Arts and Ryerson Image Centre, located at 33 Gould Street, Toronto, ON, Canada, M5B 2K3. 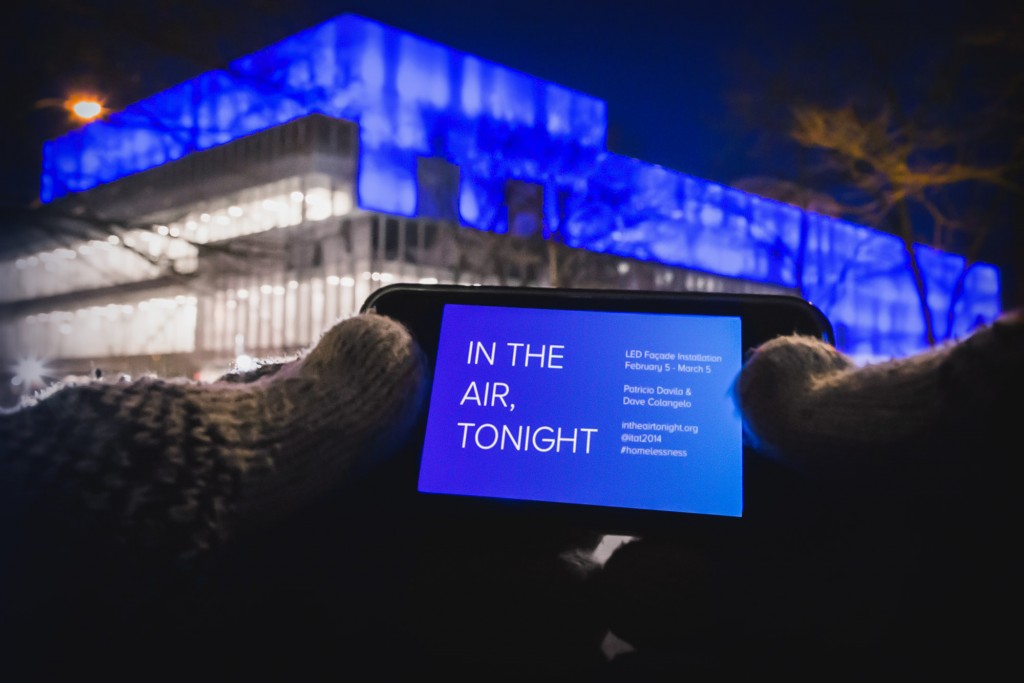 In the air, tonight credits: